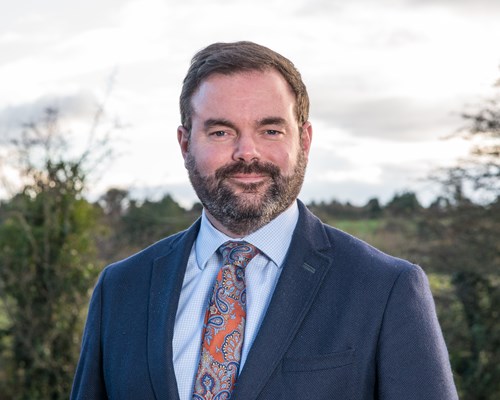 Q. Can you give us a brief summary of your career history and your current rank and role?
A. I am currently a DCI in Wiltshire Police Public Protection. I started in Notts Police in 1997, transferred to Wiltshire in 2005. Been a Rep since 2013. I’ve worked in response, custody, Roads Policing, Staff Office, CID, Neighbourhood Policing and Public Protection. I spent some time as the Secretary for Wiltshire Police Federation. Pretty varied, I’ll give you that.

Q. What made you want to be a Fed Rep?
A. I have found there are three reasons that folk often give for becoming a Rep. They have a part of them that seeks to help others (which can apply to pretty much every cop I know), they have something inside them that wants to speak up and want to give a voice to their friends and colleagues, or they have received help from the Federation in the past and wish to do the same for others. All three apply to me.

Q. Why do you think it’s important for members to be supported by fellow officers as their Reps?
A. We are stronger together. It is so important to have a voice as an individual, but it is so much more powerful as a voice from us all. Fellow officers to support and represent gives guidance and support through some of the worst times members can go through. Having someone there who is an officer themselves, who is well trained and who has experience of the circumstances that exist cannot be undervalued.

Q. Which areas in particular do you focus on?
A. In recent years I have been a full time Rep. Whilst I am now back operationally, I still get a great feeling looking often my colleagues. I also seek to influence the force in doing the right thing by its members.

Q. What should members do if they’re concerned about anything?
A. Speak up. Ask for help. Ask for a conversation. You can call on one of the Reps or give the office a call or message. We will be there for you.

Q. Tell us an unusual or interesting fact about yourself?
A. Many years ago, I played guitar to my young daughters singing ‘Solider, Solider’ in a village school talent show. And... I wasn’t booed off stage, which was nice.