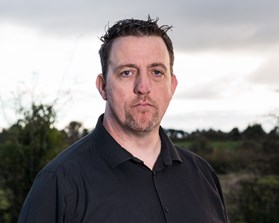 With an increasing number of candidates vying to be the next leader of The Conservative Party – and the next Prime Minister – Phil Matthews, Chair of Wiltshire Police Federation, blogs on what Officers want to see from Boris Johnson’s successor…

“Whoever takes over as Prime Minister needs to recognise that policing is the closest it has ever been to collapse. There is no investment in policing. Tom Winsor dictated so much change in to policing that made it run more like a private business than a public service.

“In any business, in order for it to be effective it needs investment. This Government and our current Prime Minister have failed, hard. I hope the new Prime Minister seeks the position to make the right changes and not just the kudos of office.

“Boris Johnson made claims of 20,000 “Extra” police officers. These are not extra and to call them extra is simple spin. The increase in officers was a mere replacement for the 12 years of freezes and failures to recruit and invest. We now find ourselves with a very inexperienced and under equipped front line. Top cover was promised and simply did not materialise.

“Boris Johnson has failed policing. His promises were empty and remain unfulfilled. We have 6 forces in England that have gone in to special measures. I am hearing PCC’s telling us how they are holding Chief Constables to account. Police officers, Chief constables and everyone in between need the tools to do the job that is asked of them.

“With increased demand on the forces and no investment, the Federated ranks are taking the brunt of it all whilst doing the very best they can for our communities. All the while having pay frozen and still not knowing what increases there may or may not be this year.

“I ask our new Prime Minister to treat policing as a priority in their Government, to recognise that we are at breaking point, we need support and investment. Give the officers the tools to do the job you require of them and let there be pride in policing again.”