PFEW Pay and Morale Survey: Police officers feel unappreciated by a Government who see them as an easy target for wage cuts 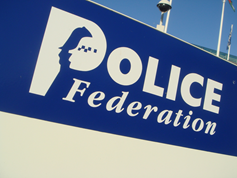 63% of Wiltshire Police officers who responded to the Police Federation of England and Wales Pay and Morale survey are dissatisfied with their pay - and 40% officers said they have low morale.

56% of those who responded to the survey – published today (2 December) - said they felt morale within the force is low. 31% of officers reported worrying about the state of their personal finances every day or almost every day.

Mark Andrews, Chairman of Wiltshire Police Federation, said the survey “is a comprehensive snap shot of how our officers are feeling - and sadly it provides supporting evidence to what I have been saying for some time.”

Mark said: “Police officers’ morale is low because we feel unappreciated by a Government who see us as an easy target for wage cuts; we are tired of being assaulted and unsupported by the courts and we are sick of being painted as the enemy when we try to deal with the confusion brought about when enforcing Government legislation.”

242 responses were received from Wiltshire Police officers as part of the survey, representing a response rate of around 24%. Other results included that 46% of respondents said that they would not recommend joining the police to others.

And 6% said they had an intention to leave the police service either within the next 2 years or as soon as possible.

Mark added: “My Chief Constable is likely to point out our figures are improving and that we are consistently better than most others in the country. I don’t think there is much to jump up and down about when 40% of the officers responding had low morale and over 56% feel morale in the force is low.

“I hope the Chief Constable and Police and Crime Commissioner see this as an opportunity to work even harder with us to improve these numbers even more over the coming year.

“I understand there are many out there at the moment who are struggling and some will think we are lucky to have a job at all. This may be the case, but we should be valued for the work we do and not suffer financial hardship, as 31% of our officers do, for choosing to take on a career of helping people.

“The Government needs to recognise that any of our police officers are low paid and the bulk of us have had a real terms pay cut of 18% during austerity. Now is not the time when we are trying to attract people to the job to freeze our pay as this will merely drive good police officers away, effectively demonstrated by the 6% already planning to leave soon.”

When it came to responding to the Covid-19 pandemic, 30% of Wiltshire Police officers who responded said that they have not had access to adequate Personal Protective Equipment (PPE) when necessary during the coronavirus crisis.

Mark concluded: “It is not surprising our officers have raised concerns around how things have gone during the Covid-19 crisis. I have received many reports of colleagues saying how they feel less prepared than their NHS colleagues and ambulance crews when dealing with people suspected to have Covid.

“The perception is their kit is not as adequate and therefore they are not as valued. I continue to work on this with the force to ensure all of our officers have everything they need along with the training to use it to keep them safe.”