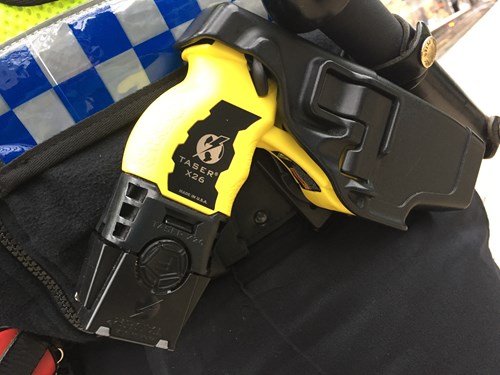 Chairman Mark Andrews was responding to the announcement that Wiltshire will receive 52 extra Tasers after bidding for part of a £10m Government fund for personal protective equipment.

Mark said: “This is excellent news for Wiltshire that we have been given funding for an extra 52 Tasers.

“A big thank you to Wiltshire Police and the Police and Crime Commissioner for putting in a sound, evidenced bid.

“Protecting our officers and the public should be the first priority of any leadership.”

All but two of the 43 forces in England and Wales submitted requests for extra funding. Part of the national £10m crime-fighting fund will be spent on tackling serious violence and county lines drug gangs.

He said: “I have campaigned for ring-fenced funding for more colleagues to have access to Taser, and it’s refreshing that the Home Secretary has listened and acted.

“Because of our lobbying there will be almost 8,000 more Tasers available for my colleagues, this can only be a good thing.

“This was a unique opportunity for forces to secure extra protections without shouldering the majority of the cost. I would have liked to have seen every penny of the £10m funding used to fund more Tasers.

“At a time when officer safety is dominating the headlines, I am surprised that some forces chose not to take advantage of this extra funding.”