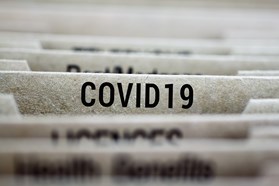 Wiltshire Police Federation has called for its officers to be given a level of priority for the Covid-19 vaccine as a matter of urgency as the force sees “more instances of officers testing positive for Covid-19 after interaction with the public”.

Mark Andrews, Federation Chairman, said as well as the obvious health concerns for officers and their loved ones, the escalating pandemic is causing operational policing issues for the area as officers have to take off time sick.

Whilst “frontline health and social care workers” are second in the Government’s published priority list for the vaccine roll-out, police officers do not feature at all on the advice from the Joint Committee on Vaccination and Immunisation.

Mark said he backed calls from Wiltshire Police Chief Constable Kier Pritchard to have officers prioritised in a list of those vaccinated.

Mark said: “The Federation have been calling for our officers to be vaccinated as a priority and support Chief Constable Pritchard’s stance on this.

“We are seeing more instances of officers testing positive for Covid after interaction with the public and we are also seeing an increase in the amount of people we come into physical contact with who are confirmed positive.

“When our officers test positive we need to isolate like anyone else which has an impact on our ability to effectively police and puts additional pressure on those remaining.”

According to the Government, the Joint Committee on Vaccination and Immunisation “does not advise further prioritisation by occupation during the first phase of the [Vaccination] programme.”

It adds: “Occupational prioritisation could form part of a second phase of the programme, which would include healthy individuals from 16 years of age up to 50 years of age, subject to consideration of the latest data on vaccine safety and effectiveness.”

Mark concluded: “Listening to the media I often here calls for vaccination of teachers and other key workers but our police officers seem to be forgotten when they list those who are deemed important to keep the country running. This is unacceptable.

“The last thing we as police officers want to do is put vulnerable people at risk by inadvertently spreading the virus. We wear masks and other PPE to protect where we can, but this vaccine would help us police with confidence, ensuring we protect the community but also our loved ones whom we go home to every day.”