The National Chair of the Police Federation has warned the Government announcement about ending lockdown on July 4 could be ‘a countdown to party time’ and increase pressure on policing due to drunken and irresponsible behaviour. 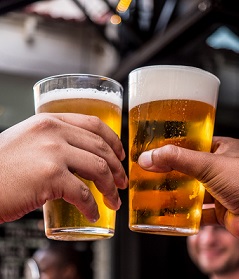 “However, the announcement of this easing of lockdown has been done in such a way that a head of steam will be gathering between now and the 4th July, which could be seen by some as a countdown to party time, which is not accurate and certainly not the message we want to send.