A group of officers and staff from Wiltshire Police have today begun a 180-mile cycle ride in memory of police officers who have died in the line of duty.

Deputy Chief Constable Paul Mills is leading the group of 15 cyclists and six support staff on the three-day journey from Police Headquarters in Devizes to the National Memorial Arboretum in Staffordshire.

They will then be joined by more than 300 cyclists from police forces across the UK for a memorial service on Sunday.

DCC Mills, who will be joined by Chief Constable Kier Pritchard on the second day of the ride, said: "This is the seventh year of the UK Police Unity Tour and I am honoured to once again lead the Wiltshire chapter on this challenge, which always proves to be an emotional and humbling experience for everyone who takes part.

"Every year we are reminded of the tremendous sacrifice given by so many of our colleagues from across the country, and here in Wiltshire it is an opportunity to reflect on the life of one of our own - PC Dan Cooper, who sadly died while on duty on February 1 2010.

"Now, more than ever, it is important that all police officers and staff, as well as the wider public, acknowledge the ever-present dangers and risks of modern-day policing, and pay tribute to those who have lost their lives while protecting the public."

The purpose of the UK Police Unity Tour is to raise funds for Care of Police Survivors, a UK charity dedicated to helping the families of police officers who have lost their lives on duty.

Last year the Wiltshire chapter raised more than £8,000 for COPS, while the total across the country was more than £200,000. 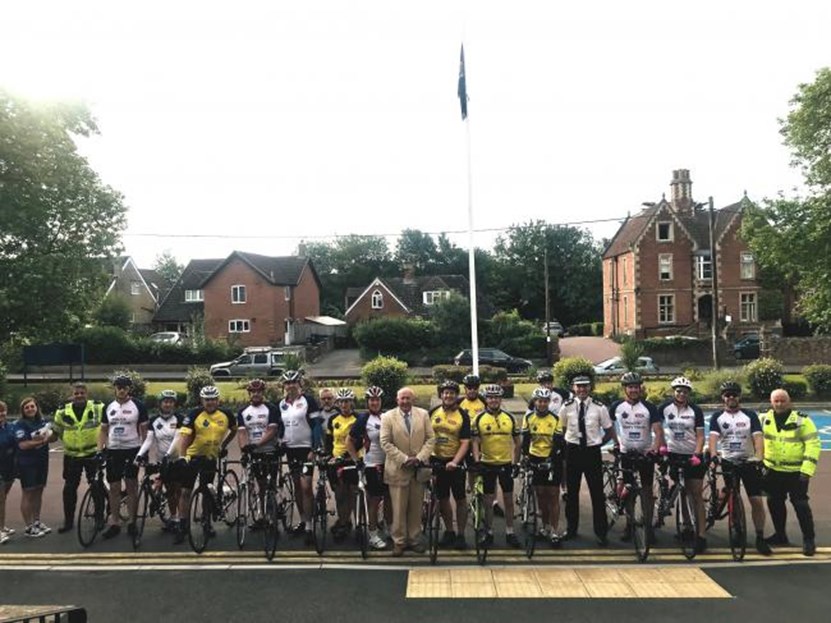