The response to the Salisbury Novichok poisonings put lives at risk because it was "inadequate and terribly slow", a former public health chief has claimed.

Ex-Russian spy Sergei Skripal and his daughter Yulia were found seriously ill in the city on 4 March 2018 after being poisoned with the nerve agent.

But PHE said it published advice on a continuous basis "as soon as new information arose".

The city was finally declared decontaminated and free of Novichok on Friday.

Prime Minster Theresa May has tweeted her support for Salisbury on the one year anniversary of the attack and said she hoped the city would "once again be known for a being a beautiful, welcoming English city" and not for what happened last March. 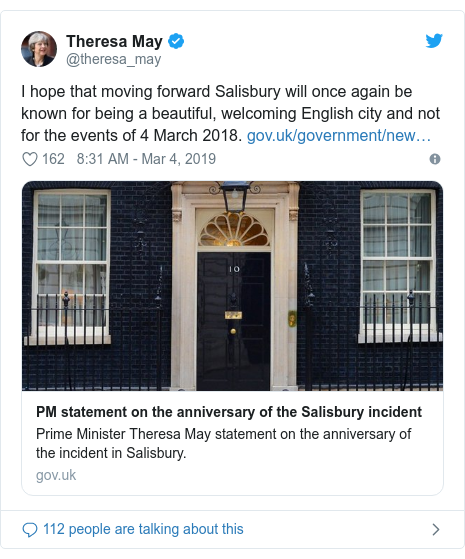 Mr Scally, a former director for PHE in the south west, and honorary professor of public health at the University of Bristol, said it was apparent something was "gravely wrong" from day one, when officers in Hazmat suits were seen near the bench where the Skripals were found in Salisbury.

Initially, it was thought they had suffered a drug overdose but a number of city centre locations were cordoned off and accident and emergency at Salisbury District Hospital - where the pair were being treated - was shut. 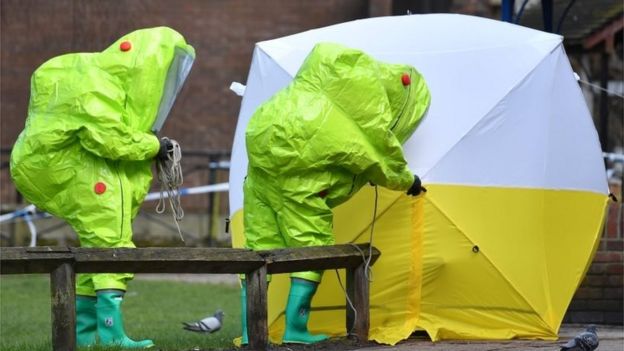 By 6 March Metropolitan Police counter-terror officers had taken over the investigation but said they were not dealing with a terrorist incident.

On 7 March, it was revealed the Skripals had been poisoned with a nerve agent.

However, it was was not until 11 March that up to 500 people, who visited The Mill pub or Zizzi restaurant at the same time as the Skripals, were told to wash their clothes and possessions.

Mr Scally argued this advice came too late to be of any use and was "bizarre".

"That delay could have potentially put lives at risk," he said.

"There was a nerve agent out there on the streets of Salisbury at that time and if you think there's a risk to the public, you've got a duty to say that and give them advice about what to do.

"Day eight, we arrive at the situation where the detailed advice that circulated was pretty odd and not coherent.

"Who can remember what clothes they were wearing eight days ago or if they wore sunglasses? Then talking about washing them and putting them in a bag when you have to touch them to do so.

"That advice was given far too late and was not competent."

Other public health advice issued included wiping down items people had handled, such as phones, handbags and other electronic items, with cleansing or baby wipes.

Mr Scally added: "You just have to look at how people are kitted out on day one to see they were worried about something extremely serious.

"This is obviously a grave concern for national security but the health of the population must come first." 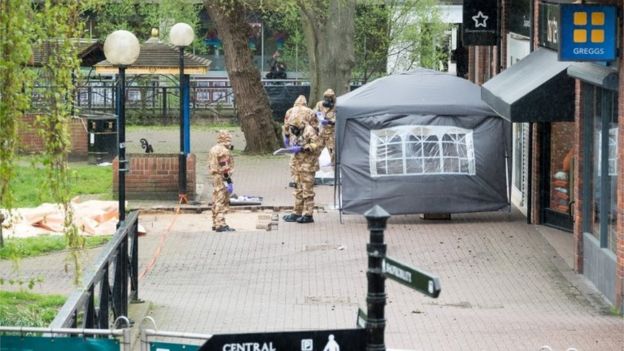 Mr Scally's remarks echoed criticism by the former chief medical officer, Sir Liam Donaldson. Speaking to the BBC in the week of the attack, Mr Donaldson said he was "a little surprised that the communication with the public has been in such general terms and slow to get off the ground... in a situation when there are so many unknowns about the risk".

'Would have been foolish'

A spokeswoman for PHE said while there was speculation about a nerve agent being used earlier, the definitive scientific identification came on 7 March.

She said: "All available evidence was reviewed by scientists across government to ensure members of the public were provided with the safest but also most practical advice."

The PHE also said "given the consequences of misidentifying the substance", it "would have been foolish" not to be sure it was Novichok before issuing warnings.

As there were no guidelines in place for dealing with Novichok, the advice to bag up clothes came as a result of research into best practice.