TWO new Assistant Chief Constables (ACCs) and a Director of People and Change have been appointed at Wiltshire Police.

Mark will start his role as ACC for Crime and Justice on Monday 20 May, while Maggie will take on the role of ACC for Local Policing on Tuesday 4 June.

Chris McMullin has been appointed as the Director for People and Change, a police staff position within the Force's Executive Leadership Team.

He said: "I am delighted to welcome Maggie, Mark and Chris into these roles.

"This was a rigorous recruitment process with a strong shortlist for all three positions, but they stood out as exemplary candidates, thanks to their knowledge, skills and experience.

"As everyone knows, the past year has been particularly challenging for Wiltshire Police, given the events in Salisbury and Amesbury, and I have complete confidence that these new members of our Executive Leadership Team will, with their colleagues, continue to provide the strong leadership and stability we need to move forward.

"I know they are all looking forward to starting their new roles, meeting our officers and staff, and getting to know the communities in Swindon and Wiltshire."

Police and Crime Commissioner for Wiltshire and Swindon Angus Macpherson said: “I would like to congratulate all three candidates on their appointments and look forward to working closely with them to continue to lead Wiltshire Police in the right direction.

“Strong leadership requires a mix of skills and experience and, from what I have been told, each of these three will bring something new and important to the leadership team at Wiltshire Police.

“I am also pleased to hear that the recruitment process was competitive – Wiltshire Police is a good Force to work for and the last 12 months have illustrated what the Force is capable of achieving.”

Maggie Blyth is the first direct-entry candidate to be successfully appointed to a Chief Officer level position in England and Wales.

She joined Hampshire Constabulary as a Superintendent in November 2016, following a career specialising in children's services in the public sector.

She has a background in safeguarding and public protection and her previous roles have included being the Independent Chair of Kent, Oxfordshire, Hampshire and Isle of Wight Safeguarding Children Boards and a Ministerial appointment with the Parole Board for England and Wales.

She has published several books on children at risk and is particularly interested in how public services work together to protect communities effectively from high risk and high harm crimes.

Maggie's current post in Hampshire is as the District Commander for Portsmouth, where she has been in charge of local policing for the city.

She said: "I am excited to be joining Wiltshire Police as Assistant Chief Constable.

"It is a huge privilege to join such a strong organisation with its evident commitment to protecting our very different communities across the Force, working alongside our partners and community leaders."

Mark Cooper is a Detective Chief Superintendent with Dorset Police and has previously completed a secondment in Wiltshire, as an acting ACC in January 2016.

Throughout his career he has worked at all ranks as a detective, leading investigations in areas including major crime, counter terrorism and kidnap.

He has also been the South West strategic lead for Disaster Victim Identification and Cyber Crime.

In 2011, Mark was awarded a Masters Degree in Criminology from Cambridge University following his research into “The World of Organised Crime”.

He said: "I am absolutely delighted to be joining Wiltshire’s Chief Officer Team and what I consider to be one of the best performing Forces in the country.

"I have been hugely impressed with the professionalism and dedication of the officers and staff that work within Wiltshire Police, particularly during the demanding incident in Salisbury. I very much look forwarded to meeting and working with everyone very soon."

Chris McMullin joined Wiltshire Police as a Performance Analyst in October 2008 after completing a maths degree at Nottingham University.

Since then Chris has performed a number of roles within Organisational Development, before being appointed Head of Department in 2013 where he was responsible for leading and managing a department delivering Business Intelligence, Demand Management, Change Management, Business Analytics, Continuous Improvement, Systems Thinking, Planning, Governance, Her Majesty’s Inspectorate of Constabulary and Fire & Rescue Services (HMICFRS) liaison and Corporate Risk.

Proud achievements in this role include leading the implementation of a new force-wide operating model and reviewing the hierarchy following the rank removal of both Chief Inspector and Chief Superintendent.

He said: “I am absolutely delighted and feel humbled to be given this opportunity. Having been with this force for 10 years, I am incredibly proud of what has and continues to be achieved.

"I am really looking forward to building on that success and working with my colleagues to enable the organisation to deliver outstanding services.” 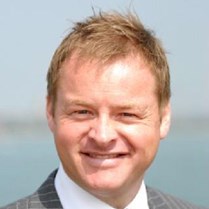 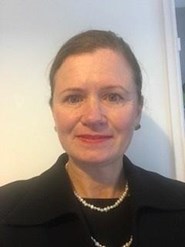 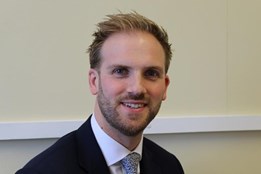