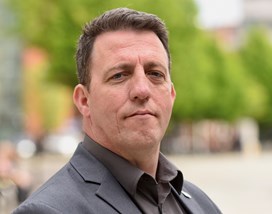 Wiltshire Police Federation has spoken out about the “terrifying” energy price cap announcement which will leave struggling officers worried about how they will pay the bills.

Ofgem announced in August that the energy price cap will increase to £3,549 in October.

Phil Matthews, Chair of Wiltshire Police Federation, said: “This news is simply terrifying. In our force we have officers unable to make ends meet.”

He said the Federation is working with the force to explore ways in which they could help officers.

But he added: “What are the government expecting to happen? Do they think our public will quietly accept these increases? History is there to teach us of the errors of the past. In the past we have seen civil unrest in times of similar financial strain.

“This same government, who get to claim the fuel bill on at least one of their properties as an expense, will then ask the police across this country to stand and defend person and property. These officers are also struggling to pay fuel bills that have increased at an incredible pace. I worry for the cops and the state of our country as a whole at this unpredictable, and frankly, scary time.”

National Chair Steve Hartshorn said: “We’re now in the appalling situation where we are hearing about officers having to resort to food vouchers to feed their families, with one in seven struggling to cover their monthly essentials. This is only set to get worse as inflation increases and the cost-of-living crisis deepens, further exacerbating the significant reduction in police pay in real terms since 2010.

“Further action to support those struggling must now be an urgent priority for ministers. For police forces across England and Wales where morale is already low, this directly impacts our ability to protect the public.”