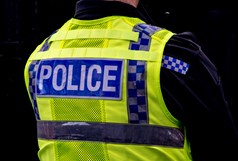 Phil Matthews, Chair of Wiltshire Police Federation, said: “This report demonstrates that the Government have continued to force unrealistic and unmanageable demand on forces with little to no investment in the forces in question.

“Policing is in absolute crisis and the anti-police Government who have cut policing to the bone are sitting back and not only causing it, but holding police officers and the police forces they work for accountable for it. This is beyond ironic.

“Police and Crime Commissioners, in order to get into office, insist that certain projects are undertaken so promises are kept. The Home Office continue to dictate the priorities for policing and we must react to media events and create yet another priority for policing.

“We have squads within squads fighting the Government’s agendas and not necessarily reflecting the needs of the residents of our county.

“The Chief Constable is expected to manage these tasks and objectives, with no increase in resourcing and no additional funds for new kit and technology. The mission set out by the Government is impossible to achieve they need to stop blaming forces for failing to achieve impossible tasks.

“What a report like this and the press that goes with it does is totally demoralise our cops.

“Not only are we reeling from 12 years of pay freezes and below inflation rises and some of the hardest times policing have seen, high demand and increased workload but this will now also look like they aren’t doing it well enough either.

“I can tell you that our officers are working harder than they have ever done for less money than they deserve for the work they do.

“They are subject to violence and abuse on a daily basis and now they’re being told they are not good enough. I vouch for each and every police officer within the federated ranks in Wiltshire Police as achieving the absolute best they can for our victims with the tools they are given.

“To me the task is a simple one. Back to basics. Stop all the squads. Response, Neighbourhoods, specialist investigations and specialist operations should be the only four priorities.

“I hope our Chief Constable sees this for what it is and that is a need for drastic changes in strategy and accountability. Help our cops deliver realistic and effective policing across our county. Let’s be first and best again.

“I believe our Chief already has plans in motion for change in the areas mentioned in the report and I hope they are the right plans to make the changes that last, support our officers and deliver the service to our public we all joined to deliver.”