Man charged with the attempted murder of a Wiltshire Police Officer 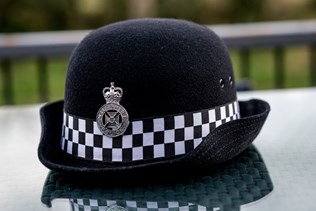 A man has been charged with the attempted murder of a Wiltshire Police Officer.

This follows an incident during which a police officer was seriously injured in the early hours of Tuesday 26 April whilst attempting to stop a vehicle being driven on the A419 in Swindon.

Phil Matthews, Chair of Wiltshire Police Federation, said: “We are offering our unwavering support to both of our brave officers involved in this incident and we wish both of our colleagues a speedy recovery.

“Our officers are putting themselves in harm’s way to protect our public and they are doing an amazing job. Incidents like this show the dangers involved in being a police officer.

“We would also like to praise the force for their swift handling of this investigation and the management of the officers’ welfare - the support offered from their team, line managers and the leadership teams has been excellent.”

39-year-old Marlon Kambulu Joao from Merton Court Eynsham, Oxfordshire has been charged with the attempted murder of a Wiltshire Police Officer. He has also been charged with dangerous driving, failing to provide a specimen of breath, no insurance and driving otherwise than in accordance with a driving licence.