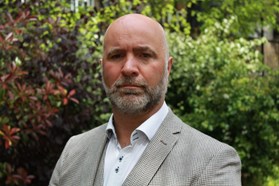 "The Government and Home Secretary should be ashamed of how they have treated us... There is clearly no independence in the Police Remuneration Review Body"

Mark said: “I am tired of being whipped by a Government who has degraded our pensions, cut our budgets, and continually given us real term pay cuts.

“The Government need to realise we have literally been on the front line of Covid for the last 18 months, keeping the country moving and trying to make sense of the confusing and ever changing decisions coming from London. We have been attacked, spat at and abused for too long and we don’t need the same disrespect from a Government who allegedly hold law and order in high regard.

"The Government and Home Secretary Priti Patel should be ashamed of how they have treated us. There is clearly no independence in the Police Remuneration Review Body."

Mark added: “The PRRB report said they would not even consider a pay increase this year because the Government have said our pay has been paused. This is clearly a demonstration there is no independence when it comes to deciding how our officers are treated.

“Policing is at a disadvantage when it comes to pay negotiations and as such we need to have faith in the fact our reasoned arguments will at the very least be considered. To put it mildly this has not been the case for many years and this latest kick in the teeth shows the lack of respect our Government has for us.

“Time for action from the Police Federation is now.”

A PFEW spokesman added: “The current pay system for policing is not fit for purpose. We are forced to enter into an inherently unfair process from the start, with the odds weighted firmly in favour of the Government where, it seems, a decision has already been made when they set the parameters for the pay review body.