Chair on re-introduction of league tables: This will only lead to additional administrative burdens and have little effect on real crime 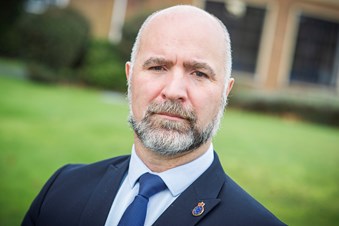 Mark Andrews, Chairman of Wiltshire Police Federation, said: “Our officers plan their operational day based on intelligence in areas, people and events which are causing the greatest risk to the public.

“They don’t just wonder out of the station with a pocket full of tickets to issue. A police officer’s time is stretched so they need to use this time efficiently to get results and make a real difference.

“The introduction of league tables - with set targets - is a backwards step and could have the negative effect of distracting officers from sound police work to adopting a more quantitative approach.

“It is always easy to go for those quick wins or massage figures to move you up the table. What I think the public want is for us to deal with those causing the greatest harm not just collect stats.”

He added: “Our officers are motivated to do their best, under great strain, for the communities they serve.  This will only lead to additional administrative burdens, have little effect on real crime and distract officers from making a difference.”