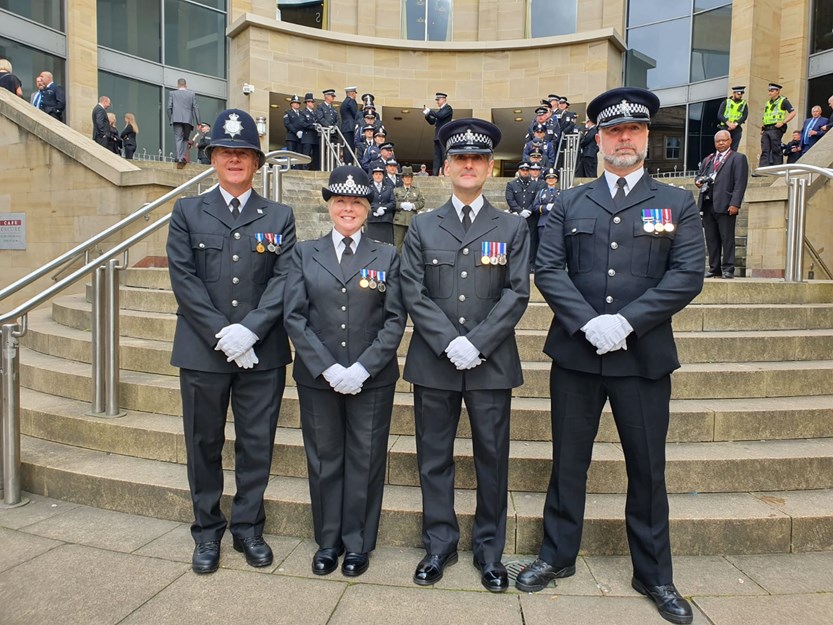 Speaking after the service, Wiltshire Police Federation Chairman Mark Andrews said he was there to remember those officers who paid the ultimate sacrifice.

“They went out to do a job for our community and never returned home,” he said. “If we can’t remember them then what’s the point in doing what we do?

“It’s important we remember because we’re in danger every day, every time we put on the uniform, we go out and we try to make a difference, and sometimes things happen. If we don’t remember our fallen brothers and sisters, then it quickly goes out of memory and your job doesn’t mean anything.

“[Being at the memorial] shows that we’re here to support the families, they’ll always be part of our family and we’ll always be here if they need us.”