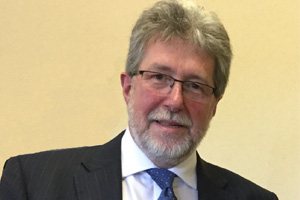 The number of officers serving the West Midlands Force area has continued to fall, latest figures release by the Home Office reveal today.

The Police Workforce Statistics show that in the six months from March to September 2018 the Force lost 22 officers (0.3 per cent). However, in the 12 months to September 2018, there was a 0.4 per increase.

The actual total number of officers were as follows:

“We can see from these figures that, while there is a slight fluctuation in numbers, we are really not making much headway in terms of getting more officers back on our streets to help fight the upsurge in violent crime sweeping the country and our Force area,” says John Williams, deputy chair of West Midlands Police Federation.

“We need to see an investment in policing to allow police chiefs to recruit more officers so that we can properly police the communities we serve, fighting and preventing crime, protecting the vulnerable and keeping order.

“The public are seeing fewer and fewer officers on the streets and police officers are being run ragged trying to do more with less.”

In the 12 months to September 2018, officer numbers in the West Midlands region – which also includes the Warwickshire, Staffordshire and West Mercia forces – fell by 0.8 per cent.

Across the whole of England and Wales in the same period, there was an increase of 0.4 per cent.

John Apter, national Federation chair, said: “This isn’t a cause for celebration. This is a miniscule increase and this report does not include data about those leaving the service and does not undo the damage caused by the reduction of the thousands of officers we have lost over the last eight years.

“I would be interested to see if this minute upwards trend continues; I suspect it is merely a blip and in any case it is not enough to compete with the increasing rate of violent crime. Tackling this level of violence needs an immediate re-think and we sincerely want to work with Government to help turn this around.”