Case to answer test “too low” 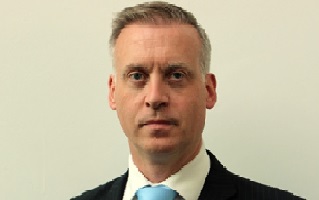 West Midlands Police Federation discipline lead John Tooms says the legal test used by the Independent Office for Police Conduct (IOPC) to determine if a misconduct case should go ahead needs to be reformed.

John says too many officers are being put through “traumatising” misconduct cases only to find they have no case to answer.

His comments came in response to figures gathered by the BBC which showed that only five police officers in England and Wales were dismissed in the last three years following conduct cases ordered by the IOPC.

The figures, obtained under the Freedom of Information Act, showed that gross misconduct charges were not proven in 33 of the 48 cases pursued.

“These figures come as no great surprise to those of us who work in the conduct arena,” says John. “But they do provide hard evidence that the case to answer test is too low and needs reforming. Too many officers are being put through a traumatising process unnecessarily because the threshold is wrong.”

Fellow West Midlands discipline lead George McDonnell says that the process also needs speeding up, with too many officers facing huge uncertainty due to the length of time cases take.

“Some of our members are being left in a state of limbo,” he explains, “The uncertainty that hangs over them, often for a number of years, can be hugely unsettling not just for them but also for their families.

“The knock-on is that officers are prevented seeking promotion, transferring or even moving home. There is no reason why they should take as long as they do.”

National Federation conduct lead Phill Matthews has also expressed his concerns: “The effect on officers can be catastrophic. They can be suspended, at massive public expense, which has a knock-on effect on morale for whole shifts of officers, or placed on restrictions. We have had members trying to harm themselves because of the stress they are under.

“The IPCC, and IOPC as is now, pursue the wrong cases and often have very little understanding of the evidence and give families and complainants unrealistic expectations.

“In order to change the system, we need to put an effective time limit on investigations. There is no excuse why they should be lasting as long as they do. And the fact that so many have no case to answer for afterwards shows they have got the threshold wrong.”

A spokeswoman for the IOPC told the BBC: “We know the case to answer test is low but it has been repeatedly tested through judicial reviews and found to be appropriate.”

The Home Office said it was "inevitable" there'd be a “case to answer” against some officers who were later cleared of misconduct but added that it was implementing reforms to ensure a "consistent" approach to the way the test was applied.

Police minister Nick Hurd said reforms, due for implementation this year, will improve how misconduct hearings are prepared and conducted.