Response drivers: Government must be bold 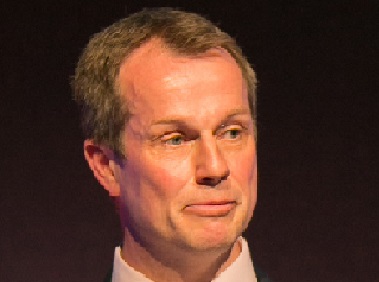 The Government must be bold and put out a statement saying precisely when it will make the amendments to the law it has promised to ensure police drivers get the legal protection they need when carrying out their job, the Federation’s response driving lead told this week’s national roads policing conference.

Calling the current situation an ‘irreversible position of agreement’, Tim Rogers, who is deputy secretary of West Midlands Police Federation, also said that Brexit was no excuse for delaying legislative change and that nothing should have greater importance than giving officers the tools they needed to serve and protect the public.

Tim’s presentation at the annual conference held in Leicestershire began with a slide showing people walking towards a large black hole and he told delegates: “The hole represents the current legislative flaw, very large and very real.

“The people represent police drivers, hard-working, professional, well trained individuals, happily going about their duties, serving the public, keeping them from harm and believing they are entitled to use their excellent training to do what society expects.

“There are 7.2 million response drives and more than 12,000 pursuits including specialist tactics are professionally managed each year, but each instance could land you in this hole.

“Now, if you fall in some may be able to get straight out, some may take years to escape with irreparable damage done by the experience.”

The risk to police drivers arises from the fact that their driving is judged against the careful and competent driver with the current legislation not allowing any exception to be made in the light of their training.

But he pointed out that all key stakeholders – including the Government, the Home Office, the CPS and the IOPC – now agree the legislation must change and are committed to making this happen within the promised timeframe of 2019/2020.

“This is a significant achievement,” Tim explained, adding that lawyers will now agree the draft legislation for approval, ahead of a three-month consultation period which will run until April this year.

“During this time, the Government needs to ascertain and confirm the vehicle for this legislative change, currently its preferred method is the Private Members’ Bill sponsored by Sir Henry Billingham which is due for its next reading in the House of Commons on 23 March.

“The Government needs to be bold, make sure it takes ownership of the bill and get right behind it. Anything less is unacceptable.”