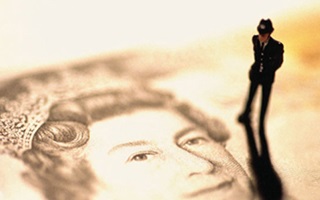 The Police Federation has issued a briefing paper in response to the latest Court of Appeal ruling on the judges’ and firefighters’ pension challenges.

The briefing, put together by the Federation’s research and policy team, gives the background to the concerns around changes made to pensions for many public sector workers – including the police, firefighters and judges – in 2015; the legal challenge made by the judges’ and firefighters’ unions; the effects of pension changes on police officers; the Federation’s stance; the details of the latest ruling and what possible remedies there might be.

When the latest ruling was announced in December, the Federation decided to seek further legal advice on its position and has now instructed independent counsel to provide specialist advice on its options.

Steve Grange, secretary of West Midlands Police Federation, explained: “As you would expect, we are not yet in a position to know when this advice will be available to us as the barrister has only just been appointed.

“However, the options available will also be very much dependent on the outcome of the Government’s application for leave to appeal the decision of the appeal court which was announced in December and again the timescale on this decision is not known.

“If the Government is able to appeal to the Supreme Court then this process is likely to take a considerable time and if an appeal is not allowed then the firefighters’ and judges’ cases will be remitted back to the original Employment Tribunal to decide upon remedy. At this point, the Government would have to decide as to how it will eliminate any ongoing discrimination.

“I would like to assure members, and particularly those adversely affected by the 2015 pension, that all options are being reviewed on the Federation’s behalf and as soon as we have any further information we will update officers through our usual communication channels.”