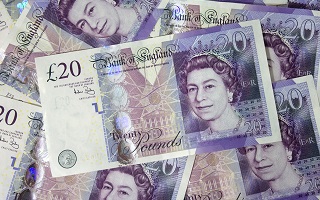 The Police Federation is seeking a three-year pay deal for officers with a five per cent uplift in each year.

This, it says, will bring police pay back to 'fair levels'.

However, if the three-year deal is not considered possible, the Federation has put forward a claim for a 6.2 per cent rise this year with an increase coming into effect from 1 September.

Details of the pay claim are part of a joint submission to the Police Remuneration Review Body (PRRB) with the Superintendents' Association. The submission has eight recommendations:

Recommendation 1: The PRRB require the NPCC to set out a full and proper project plan for pay reform, including a workable level of detail, within a set period.

Recommendation 2: The PRRB insist that the Home Office, NPCC, and staff associations determine which elements of the pay reform should be prioritised, as the NPCC have not actioned this since last year.

Recommendation 3: In the interests of openness and transparency, and achieving appropriate expenditure from the public purse, a full cost benefit analysis of the existing Assessment and Recognition of Competence (ARC) process is undertaken.
Only if it can be proved to be worth the overlay in terms of cost and time, should the NPCC proceed with plans for a Higher Skills assessment point linked to pay.

Further, consultation regarding any payment associated with the Higher Skills assessment must be undertaken at the Police Consultative Forum (PCF), and a full Equality Impact Assessment undertaken before such assessment is linked to pay.

Recommendation 4: Regarding the targeted bonus payments introduced last year, while the Bonus payments should continue for now, there must be an opportunity to review: the circumstances under which they are paid; the impact on equal pay; and the guidance around their use, perhaps by incorporating more standard criteria.

Recommendation 6: We recommend an across the board pay uplift for the next three years. We seek a deal of five per cent in Year 1, followed by five per cent in each of Years 2 and 3. This would enable the NPCC to demonstrate a commitment to move towards the overall rectification of the gap between current pay level and just pay levels. Should a three-year settlement not be considered possible, then we seek a one-year deal of 6.2 per cent.

Recommendation 7: The PRRB should reject completely the NPCC proposal regarding Police Constable Degree Apprenticeship (PCDA) and Degree Holder Entry Programme (DHEP) progression pay. DHEP progression pay is not within the remit letter. In the meantime, we believe those on the PCDA scheme should progress along the existing constable pay scale, in the way that all other entrants do.

Recommendation 8: Regarding On call, in absence of a full review of the allowance usage and amount, as sought by Winsor, the PRRB, and the staff associations, officers should be paid the same rate as staff members: £29.17 per day. Further, we believe this should be paid to all rank.

The next stage of the process is oral evidence sessions, which are scheduled for 27 February – 6 March.