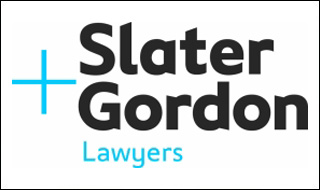 Stress in its simplest form can actually be a good thing. Many of us actually need stress to perform at our best. However, when stress becomes too much and manifests into something more serious such as a recognised psychiatric condition it can give rise to a potential personal injury claim.

One of the first questions we ask members is whether or not they’ve been diagnosed with a recognised psychiatric disorder, such as depression, PTSD or generalised anxiety disorder. A claim for damages cannot be made if someone is suffering from “stress” alone. A member may have been to see their GP because of work related stress but are unaware they’ve been diagnosed with a psychiatric condition. We can assist by requesting copies of their GP records.

Secondly, was the psychiatric injury reasonably foreseeable? The key consideration for the courts is deciding whether or not the member’s force knew, or ought to have reasonably known about how work was affecting their health. Good examples include:

Thirdly, it’s necessary to show there’s been a breach of duty and that it was in fact something which the force did (or failed to do) contrary to law, which has caused the illness. We often ask members what their force could have done to prevent the harm they’ve suffered. Examples may include:

The final test is whether the breach of duty complained of caused the injury as opposed to other life stressors that we all commonly have.

If you’re struggling at work to the extent it’s affecting your health it’s extremely important that you let your work based representative or federation know.

If you wish to bring a claim please contact the PF Claimline on Freephone 0800 917 1999 or visit pfclaimline.com where you’ll get advice free of charge.