Time's up on investigation length as PFEW launches new campaign 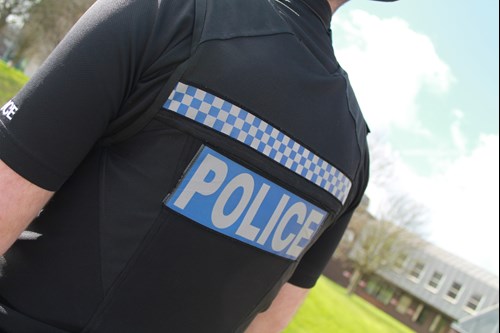 A new campaign aimed at regulating the length of time it takes for police discipline allegations to be resolved is under way.

The Police Federation wants a statutory time limit to be in put in place on police allegations, just as there is for civil litigation or summary only offences.

And it hopes its Time Limits campaign, launched at the PFEW Conduct Seminar this week, will help address the stress and worry officers are placed under when investigations drag on without being concluded.

In the case involving Sean Rigg, who died in police custody, the Met officers concerned had allegations hanging over them for 11 years, before they were cleared earlier this year.

PFEW Conduct Lead Phill Matthews said not having a time limit in place was simply ‘not on’.

“We’ve started the ball rolling by asking ministers about why there isn’t a statutory limit on discipline allegations like there is in civil litigation or summary only offences – there are various time limits that are out there,” Phill said.

“And we’ve been canvassing and pushing our viewpoint to the Home Office, the NPCC, and various MPs and gathering examples and cases of officers that we can exhibit.

“A bit like the [PFEW] driving [legislation] campaign, it’s going to take a long time but we are trying to push that out as much as possible because we don’t think that it’s particularly satisfactory that our members can have allegations hanging over them for, as in the Rigg case, nearly 11 years.

“The threat of potential prison, loss of job, public humiliation, trial by media, etc. That just can’t be right. It doesn’t happen in any other field of work or law, bar the sort of top-end, serious criminal allegations. So that’s just not on.”

Phill added: “It’s going to take a lot of convincing.

“The Home Office ministers and the official side from the Home Office are not that keen to put a time limit on there, because why would they? It’s stacked in their favour and allows them as much time as they want. But we’re making persuasive arguments.

“We’ve managed to get some change in that investigative bodies, PSD and the IOPC now must provide an explanation to the PCC if an investigation takes longer than a year. I think a year is a reasonable amount of time for an investigation to be finalised in - these are things that aren’t criminal. They’re just employment matters.

“We’ve won the argument, but we just need to carry on and follow that up with some teeth, otherwise it’s meaningless.”

Reforming the IOPC, which has been widely criticised for taking too long to resolve police misconduct cases and for its decision making around which cases should be pursued in the first place, is also key.

IOPC Director General Michael Lockwood, who joined the organisation during its transition from the IPCC, has led on several reforms and told the seminar this week that he spent the past year ‘walking in officers’ shoes’ to understand the pressures they face on the frontline.

Phill is pleased reform is underway but says there is still much progress to be made.

“It’s obviously not as quick as we would like, but the IOPC is a big organisation with a long history and culture that, in our view, needed quite a lot of fundamental change,” he said.

“We have seen changes … particularly around the way they do their communications. There are still some blips, still things we’re not happy with, but they have listened to what we’ve been saying, and they have improved in certain areas.

“I’m confident that they are actually trying to improve and engage, and they are taking on board our feedback.

“There’s still a lot of progress we’d like to see, particularly around things like the case to answer test, because we think far too many things are referred to or directed to hearing - in general, they are moving in the right direction, albeit slowly.”