Surrey Police Federation Chair: Every Surrey police officer that wants to carry a Taser can 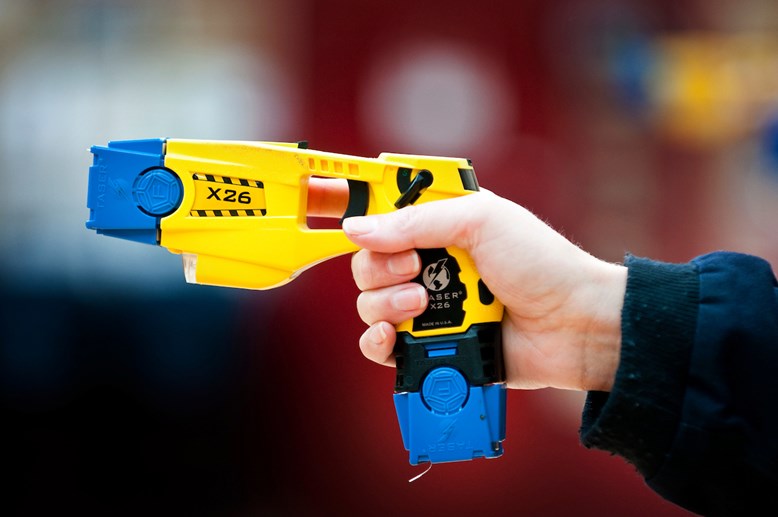 Taser continues to be the ‘best bit of a kit’ an officer can have as a deterrent against assaults.

But it can be a ‘slow process’ getting it on every officer’s belt says Surrey Police Federation.

Northamptonshire Chief Constable Nick Adderley recently went on record to promise access to Taser for every officer in his county, as violence against officers continues to escalate.

That’s been the case in Surrey for several years and Federation Chair Mel Warnes said she was pleased other forces are going down the same route – although cost and training can be issues.

“Since I came into post just over three years ago, the Chief Constable then and our current Chief said that every officer that wants to carry taser, can.

“It’s amazingly positive and is even better now that other Chief Constables are saying the same thing,” she said.

“It means there’s got to be money found in order for that to happen, and although we’re doing back to back training courses for people, that’s still going to take a number of years to get everyone through them and the annual refresher training that needs to take place.

“So, it’s a slow process, but if a Surrey officer wants to carry Taser they can.”

It’s an offer which is appreciated by Federation members Mel said, and the uptake has been very positive.

“Every officer we speak to about Taser have said very positive things about it, whether they’re trained, and they carry it as a deterrent, or whether it’s a colleague who has got one when they’re attending an incident. We just need to ensure more people get trained as quickly as possible.

“It’s been shown to be a good enough deterrent just to even have it on your belt. It’s a piece of kit which is heavily scrutinised but it’s not being misused, I can say for certain in Surrey, because of the scrutiny behind it.

“It’s the best piece of kit an officer can have.”