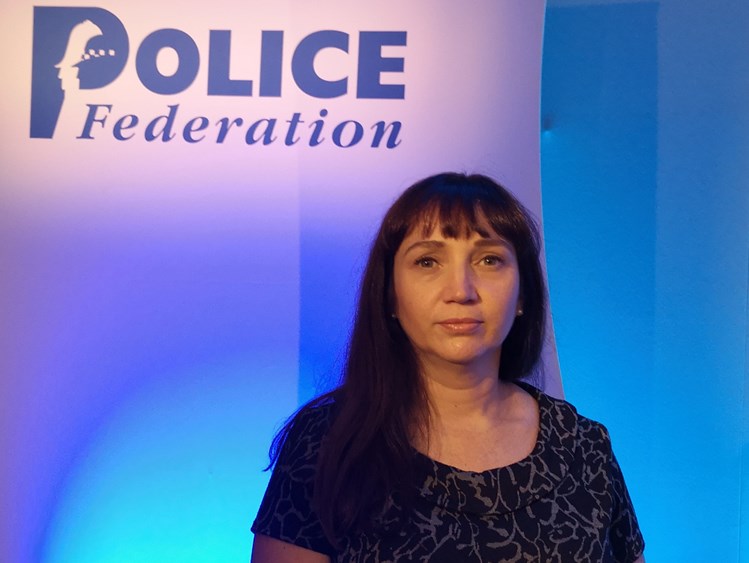 Going through a Post Incident Procedure can be stressful for police officers, but Surrey Police Federation is there for them throughout the process, says Federation Chair Mel Warnes.

Speaking at the PFEW PIP Seminar in Warwickshire, Mel said it was ‘essential’ that officers get the welfare support they need at what can be an extremely traumatic moment in their careers.

“The majority of officers don’t know anything about post-incident procedures and they’re often like rabbits in the headlights,” she said.

“We have trained post-incident procedure Reps and we are available 24/7, 365 days of the year. We are there to support and assist officers. That’s our role. It’s not part of the force. We’re not there for them, we are there for the officers and we arrange the legal support right from the start.

“That’s not because the officers have done anything wrong, it’s to protect any legal vulnerability that the officer may have at any point, either during the PIP or beyond, through the investigation right the way up to inquest from start to finish.”

The Reps are there to support officers with their welfare issues too should the worst happen.

“If you have been involved in an incident where a member of the public has been seriously injured or died then you should expect a post-incident procedure to take place. It is not something to worry about or to be afraid of. You’ll be supported by the Federation and we will assist you in getting the help that you need,” Mel said.

One of the hot topics at this year’s seminar was the length of time it can take the IPOC to resolve its investigations and the stress and worry it can place on officers and their families.

Mel is supporting PFEW calls for time limits to be put in place on investigations.

“Being under investigation is a stressful time for police officers and staff that go through a similar procedure, “she said.

“It has an impact not just on the officer but on their colleagues, on their team, at their station, and their families at home

“It just has a massive effect on their health and wellbeing. A time limit for investigations is needed so that officers are not left feeling isolated, feeling de-skilled and disconnected with their colleagues at work.

“They feel that they’re failing in the job that they really want to do. Time limits should apply to both the IOPC and local Professional Standards departments because they also can take a lengthy period of time to investigate.”