Mental health illnesses are twice as likely to force police officers and staff suffer to take significant time off work than physical injuries.

More than 10,000 officers and staff participated in the Police Dependants’ Trust survey, which shows that of those taking a week off work because of injury, 42% said it was because of depression, anxiety, stress and Post-Traumatic Stress Disorder (PTSD) – compared to 21% for a physical assault.

The research, which was conducted by the Department of Sociology at the University of Surrey, lays bare the scale of “invisible injuries” in the UK police service.

Officers and staff are telling their bosses that the service is facing a mental health crisis and that when the perils of police work make them ill, they are not being provided with the support that they need to get better and return to work.

“Policing is taking its toll on those with physical injuries, but even more so on colleagues who are dealing with psychological trauma. These invisible injuries need to be seen and understood, not just by the police forces but by politicians and the wider public.”

Other results from the survey of 10,987 serving police officers and staff include:

Recommendations in the report include: 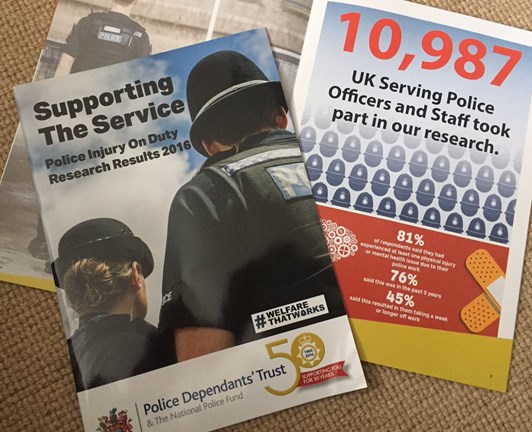