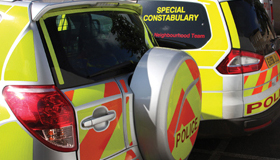 What is the role of a Special Constable?

A Special Constable is a volunteer who has all of the same powers as a regular police officer, and offers support to the regular constabulary.

Every force in England and Wales has a Special Constabulary, with officers likely to get involved in all aspects of modern policing, but as a rule they tend not to be involved in the specialist areas of policing, focusing on more mainstream crime. As of September 2017 there were 12,601 Special Constables across the 43 forces of England and Wales, down from 14,864 the previous year, a drop of 15.2%.

Does the Police Federation represent the interests of Special Constables?

At the moment, representation differs across the 43 force areas, with some local federations representing Specials in all areas of work, some only in discipline and others not at all.

The Home Office has been reviewing the representation of Special Constables and consulted with us and other bodies for views on who was best placed to represent Specials.

We believe we are best placed to undertake this role with existing structures in place that could be easily adapted to fulfil this function, including access to fully trained representatives. It would also offer the most cost effective way of representing officers, a significant consideration in the current financial climate.

Do Specials want to be represented by the Police Federation?

In 2013, a national survey showed 94% of respondents from the Special Constabulary wanted to join the Police Federation of England and Wales (PFEW).

However, in the autumn of 2016 the Home Office advised that members of the Special Constabulary should not be represented by the PFEW, and would continue consultation on this.

We believe the Special Constabulary needs an appropriate representative body, and firmly oppose the government’s view following its consultation.

A new survey for Special Constables was launched in 2017, and the Federation welcomed the chance for the officers to have their say.