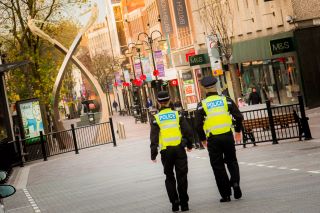 The Police Federation of England and Wales (PFEW) has raised serious concerns over the support provided to special constables in paving the way to join the 139,000-strong PFEW membership.

As a direct result of PFEW’s years of campaigning with the Government, the new Police, Crime, Sentencing and Courts Act 2022, which came into effect on 28 June, allowed special constables to sign up for PFEW membership. As members of the Federation, special constables would be able to receive legal protection and representation.

“A special constable is required to undertake a minimum of 200 hours of operational duty every year, spread over a minimum of 16 hours per month. This means that 9,174 specials of England and Wales devoted more than 1.76 million hours over a year supporting the police in the protection of the public,” said PFEW National Chair Steve Hartshorn.

“It is only right that they have the same protection and support of the Federation as their full-time colleagues when they need it, and this can be achieved only when local chief constables and Police and Crime Commissioners recognise their commitment.”

The perceived lack of support extended by forces to special constables with regards to joining PFEW is being seen as a direct result of many forces remaining undecided about bearing the cost and reclaiming the expenses they would incur towards sponsoring Federation membership of special constables.

This is despite the National Police Chiefs Council announcing in September last year that the expenses would be redeemable and issuing detailed guidance for chief constables in this regard.

“It is disappointing that many forces are still discussing how to do it when time is running out fast. Specials play a dangerous and difficult role in society, and they need support in the workplace. Their membership will ensure they are treated fairly and not disadvantaged; the Federation will be there to offer that support.”

Another impediment faced by PFEW is the lack of direct access to special constables in England and Wales. Since they are not Federation members, PFEW does not hold any respective data for them making it difficult to establish direct contact.

PFEW has been reliant on its local branches for this purpose and has recognised that there appear to be challenges to special constables signing up despite their willingness to do so because of a lack of support from the local force.

“We do not think special constables should pay to protect themselves given that they are volunteers. They need to be supported by their forces. From a special constabulary point of view, the law change is a really big indication of acceptance within the police family and PFEW feels strongly that those volunteers facing the same dangers as our rank and file members should be protected.” added Mr Bamber.