Use of Force: Objective or Subjective? 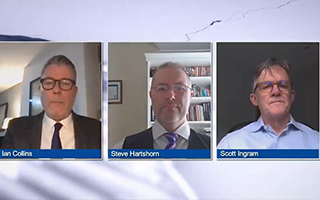 A Court of Appeal ruling around officers’ decision making when using force has been held under the microscope at the Police Federation of England and Wales’s Annual Conference.

In a session titled ‘Use of Force: Objective or Subjective?’ Scott Ingram, Lead Lawyer on Criminal Police Misconduct at Slater + Gordon and Steve Hartshorn, PFEW’s Lead for Post Incident Procedures, discussed a recent ruling on the use of force by officers.

The ruling means that the test officers use before they decide to use force during an incident has changed, leaving officers potentially exposed to misconduct proceedings. PFEW’s position is that the change effectively means a breach of standards could arise when an officer uses force because they honestly believe it is necessary but turn out to be mistaken.

For the purposes of misconduct proceedings, their use of force will now be judged by whether a right-thinking person with knowledge of the facts available to the officer would consider it a necessary use of force – a subtle, but important deviation to how police officers have been trained. The issue is of such importance that PFEW has appealed to the Supreme Court to reverse it.

Steve said the decision affects “every strand of policing” and that it adds an extra layer to an officer’s already complicated decision-making process. “Their focus and 100 per cent attention should be on what they’re dealing with at that time,” he said. “Any use of force has got to be justified, got to be accounted for properly and got to be used in the right circumstances, so they’re going through very complex decision-making. The last thing they need to be thinking about is ‘if I use this force am I going to be criticised for something I may have got wrong? Is it subjective or is it objective? Where do I stand?”.

“That could cause a delay and a delay in itself may cause injury to the officer or member of the public and might mean that the suspect they’re trying to deal with can perhaps cause further harm to other people or maybe escape. For me, it’s about making sure the officers know exactly where they stand.”

Scott echoed that police officers’ decisions are made “in quick time in difficult situations and stressful scenarios” and called for clarity. “Last year, I think everybody in the police service thought the law was pretty clear,” he said. “Officers would be writing accounts, the basis of which is justifying the use of force based on what they believe to be the facts. Since 9 October last year (when the Court of Appeal reached its ruling), they've got to consider the additional different tests for misconduct; now they've got to be able to justify an honest belief on the basis of it being reasonable.

“It’s not ideal because they’ve got two different things to try to wrestle with, whereas they only had one prior to the Court of Appeal decision. That's going to remain the unfortunate scenario until we get some – hopefully clearer – guidance from the Supreme Court.”
Both speakers called on the College of Policing, which oversees officer training, to update current regulations to provide officers with absolute clarity.