Treasurer looks back on year of pandemic 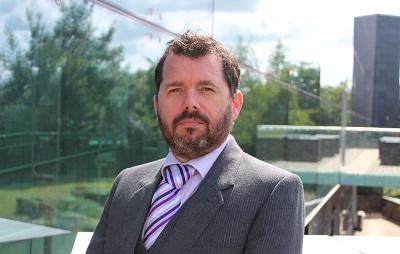 PFEW’s Operational Lead and Treasurer, Simon Kempton, has described how his role changed during the pandemic in a new video to mark one year since lockdown began.

Overnight, Simon Kempton went from being National Treasurer to PFEW’s representative in Operation Talla, the national operation which led the police response to COVID-19. Looking back on their first meetings about COVID-19 in February last year, he recalls that he had little or no idea how big an impact the pandemic would have on policing.

Simon recalls, “I remember thinking, well, it’s mainly in China- a few people will get ill and it’ll maybe last a month or two, and then it’ll be over. I think that reflects how a lot of people felt. But within a few weeks it became obvious that this going to be really serious, and have an impact not just on policing, but on the whole world.”

With COVID-19 meetings increasing from a few a week to several every day, Simon became a link between the Federation and the police chiefs and Government officials planning the response, acting as a conduit of information between colleagues on the street and those making operational decisions.

“The operational team welcomed us at a very early stage and valued what we had to bring. We helped shape policies and guidance - for example, PPE guidance.” The Federation also helped the operational team come up with policies to deal with officers who were off sick due to COVID-19, and for large numbers of people working from home.

In the early days, the major issue that needed to be resolved was the lack of PPE. Simon recalled: “At the start of the pandemic, our colleagues simply couldn’t get their hands on the PPE they needed. I remember in my first few shifts in COVID-19, the handwash I had was two years out of date and there weren’t enough masks. We had body armour and handcuffs, but no protection against the virus.”

The way PPE was procured had to change. In the past, it had been ordered, delivered, and then paid for 90 days later – with the sudden high demand, suppliers expected money up front. Within a few months, forces were paying this way and supplies flowed again.

Once the right amount of PPE had been acquired, Simon set about helping with the effort to distribute it to those that needed it. A base was set up in an RAF hangar, and the masks, handwash, and other items were distributed around the country by the Royal Logistics Corps. The Corps then trained officers on how to carry out the distribution themselves. Once the PPE arrived in the region, the Federation helped to deliver it to where it was needed.

“Fed Reps all over the country delivered PPE to the stations themselves. A colleague of mine in Bournemouth created PPE boxes which contained everything needed - you could put it in your car when you went to a job, and know you had it all there. We had health and safety reps up and down the country working with forces to make sure it was up to standard - it made me really proud to see this effort by our Reps.”

Twelve months later, Simon is proud of the way colleagues have stepped up so far. He said: “At a time when we’ve had officers, colleagues and staff die from this terrible virus, we’re still doing an incredible job for the public. I’m really proud to be a police officer today, at a time when we’re doing a job that none of us ever thought we’d have to do.”

Watch the full video below