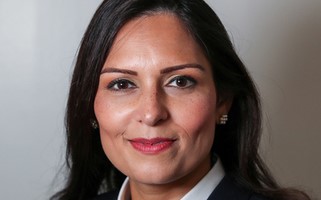 The Home Secretary praised the Police Federation and our National Chair as she opened a debate in Parliament on the Police, Crime, Sentencing and Courts Bill.

MPs are tonight (Monday) debating the second reading of the Bill, which contains a number of provisions that PFEW pushed for, including a Police Covenant, a wider roll-out of Taser, a doubling of the maximum sentence for those who assault the emergency services, and Special Constables being given the right to become Federation members.

Speaking from the dispatch box this evening, Home Secretary Priti Patel, said: "We do ask our brave police officers to do the most of difficult jobs. They run towards danger to keep us all safe. That is why I’ve worked closely with the Police Federation in developing this bill.

"And I’d like to pay tribute to the Chair of the Police Federation, John Apter, for his constructive way of working since I became Home Secretary, admirably fighting for his members every single day. He’s voiced his concerns to me directly and I have acted upon them."

Mr Apter welcomed the comments on behalf of the Federation as a testament to the hard work that has been done to build constructive relations with Government, which had been instrumental in the Bill currently before Parliament.

He added: "Since I came into post, I’ve worked hard at building relationships because they were incredibly damaged. The problem with a damaged relationship is they don’t achieve anything. Whether it’s having a private conversation with the Home Secretary, explaining to her that an officer has been really badly injured and assaulted and giving her the background so that she knows the realities of policing first hand, through to getting legislation over the line, it is important that we have that relationship.

"Having a constructive relationship doesn’t mean that we always agree. When we disagree, as we have over the pay freeze, pensions and priority for the vaccine, I don’t sugar coat it, and I think the Home Secretary respects that.

"We’ve achieved a tremendous amount with this Bill, through good relationships, effective lobbying and working with MPs across all parties. We have seen a change in tone about policing from government."

John warned against "pulling up the drawbridge" saying that would not achieve anything. "Whether we like it or not we have to work with politicians and all others across policing to get our voice heard, and I’ll continue to do that.”