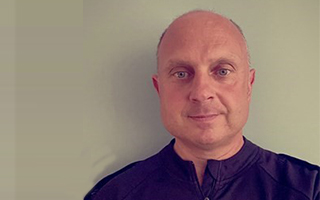 A North Wales officer who was instrumental in setting up a dedicated Special Constable Road Safety Unit, has been honoured with an Outstanding Contribution to Roads Policing Award.

In addition to his day-to-day role, Scott identified that roads policing knowledge within divisions was lacking and devised a training package which he now delivers in person to every new cohort of probationary constables.

He then set about putting plans in place to see a dedicated Special Constable Road Safety Unit introduced in the western side of North Wales. This involved speaking with senior officers within the special constabulary to select potential candidates for the role, which sits within the Roads Policing Unit.

Scott also took on the training of the officers, as well as arranging for suitable vehicles for them to use. He was presented with his award by North Wales Police Federation Secretary and Treasurer Mark Jones.

Known by officers at Brighton for his passion for roads policing, it is often said by his colleagues that PC Winter is dedicated to improving road safety for the public. He has spent time as a tutor constable in Brighton division. During this time he was known for taking the time to pass on his wealth of knowledge of roads policing to the new recruits.