National Chair pays tribute to a ‘passionate’ supporter of PFEW

The Chair of the Police Federation of England and Wales (PFEW) has paid tribute to The Viscount Simon for his long-standing support for PFEW members and roads policing. 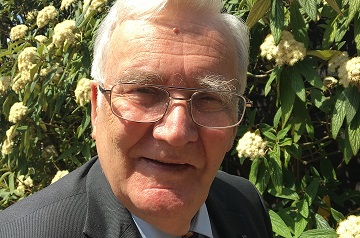 Jan David Simon, whose passing was announced this week at the age of 81, was Deputy Chairman of Committees and Deputy Speaker in the House of Lords.

A Hereditary peer and Labour-supporter, Hertfordshire resident Viscount Simon was also Vice Chairman of the Parliamentary Advisory Council for Transport Safety and had been involved with PFEW’s roads policing user group for well over a decade.

National Chair John Apter said: “Viscount Simon was a long-time supporter of PFEW and roads policing. On many occasions he assisted PFEW by supporting Parliamentary changes to legislation by resolutely and knowledgably speaking up for members in the House of Lords.

“I first worked with Jan many years ago on the PFEW roads policing user group. He continued to work on PFEW members’ behalf until his sad passing, and he was extremely passionate about supporting PFEW members, as well as victims and their families.

“He was also a good friend to me personally, and hearing about his death was an extremely sad day for all of us at PFEW. Our thoughts at this time are with his family and friends.”

Viscount Simon was also a Trustee of the Guild of Experienced Motorists, a Trustee of Safety House, President of the Driving Instructors’ Association, and had supported the Road Victims Trust since its formation in Hertfordshire in 2010.