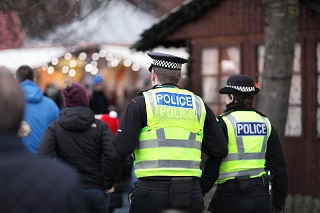 The Police Federation of England and Wales has responded to the findings of an interim report on the way the police interact with women and girls by highlighting the need for a unified response from all agencies involved.

The interim report, which was published today by the Her Majesty’s Inspectorate of Constabulary and Fire & Rescue Services (HMICFRS), has found that while excellent work was being done by police forces across the country to help victims, efforts were being hampered by a lack of time and resources to devote to the issue.

National Chair of the Police Federation of England and Wales John Apter said: “The findings of this interim report come as no surprise. Lack of resources, increasing workloads and the impact of a decade of austerity have often hampered the efforts of our members to help the most vulnerable in society.

“Police officers are doing the very best they can with the limited time and resources they have, but on key issues such as violence against women and girls, there needs to be improved funding and more training or it simply won’t be enough.”

The report also found that court delays were a significant problem, and many cases reported by victims do not reach the point of charge and prosecution.

Mr Apter added: “Policing is often criticised for failings which are not solely an issue for policing. It’s a much wider criminal justice problem, and this needs fixing. My colleagues shouldn’t face anger from victims for the failings of other agencies - those agencies need to step up and play their part.

"This isn’t something that can be solved overnight, or by just recruiting more officers. It’s a complex issue that demands time, attention, and money.”

The interim report has made three recommendations:

• There should be an immediate and unequivocal commitment that the response to VAWG offences is an absolute priority for government, policing, the criminal justice system, and public sector partnerships. This needs to be supported at a minimum by a relentless focus on these crimes; mandated and clear responsibilities; and sufficient funding so that all partner agencies can work effectively as part of a whole-system approach to reduce and prevent the harms these offences are causing.
• The relentless pursuit and disruption of adult perpetrators should be a national priority for the police, resourced with the appropriate level of capability and capacity.
• Structures and funding should be put in place to make sure victims receive tailored and consistent support.