More than 100 assaults a day against officers during pandemic 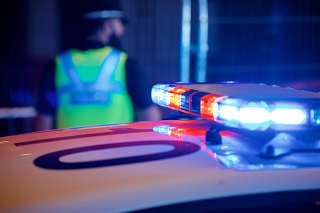 A sharp rise in the number of assaults on police officers over the pandemic has been condemned by the Police Federation of England and Wales (PFEW).

Yesterday (28 July), the Home Office released its latest set of assault figures covering March last year when the pandemic begun up to March 2021 which revealed the number of attacks against police officers have soared by 22 per cent.

More than half of these (25,734) were crimes of “assault without injury on a constable”, which is thought to be due to offenders weaponising Covid-19 by spitting and coughing.

Responding to the stark figures, PFEW National Chair John Apter, commented: “Throughout the pandemic we have witnessed police officers being subjected to a disgusting level of violence. We now have the figures to prove just how dire the situation has been for my colleagues on the ground.

“More than 100 of my colleagues are assaulted every single day, that’s a staggering number and something society must not accept. Many of these recorded attacks involve vile individuals who have spat on or coughed at police officers, weaponising the virus and threatening to spread it to them and their families.

“The sentencing guidelines have been changed and I would urge judges and magistrates to use these powers to set an example to those who are assaulting our colleagues, those responsible must spend time in prison. This unjustified violence is a stain on society and needs to be dealt with robustly.”