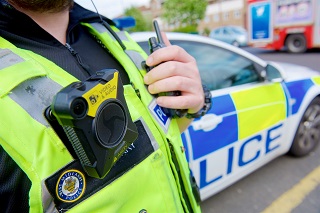 New findings which revealed hate crimes against police are more likely to be charged illustrates the importance of officers having access to body-worn video (BWV) cameras.

Some of the largest forces in England show police officers and staff were the victims in up to half of the hate crimes charged in some areas, despite making up a tiny proportion of the overall number of recorded cases, according to an investigation by BBC Newsnight and the Law Society Gazette.

In one example, 7 per cent of the 4,636 hate crimes recorded by West Midlands Police in the year ending March 2020 involved a police victim. Police were victims in 43 per cent of the 711 hate crimes charged in the force area that year. However, these statistics also represent a positive culture change. It’s encouraging that officers and staff are becoming more willing to report such crimes, where historically they were reluctant.

Police forces said the increased use of body cameras by officers may mean evidence of hate crimes against them is more easily captured.

Reacting to the findings, National Chair of the Police Federation of England and Wales John Apter commented: “Hate crimes are incredibly damaging and can have long lasting psychological effects on victims. As a service we have taken huge strides in the way we identify, record, investigate and support victims of hate crimes and have been working with local chief constables to ensure all assaults on officers and staff are also recorded properly.

“It is wrong to suggest the police service prioritises victims who work for the force over members of the public. With more officers adding body-worn video cameras to their toolbelt, I believe the figures strongly demonstrate how effective the kit is at protecting our members.

“BWV is an essential piece of kit and should be available to all frontline officers. Having cameras available increases the transparency of policing and any footage recorded can be subsequently reviewed, scrutinised and submitted as evidence, making officers more accountable as well as offenders.”

Sexual assault and hate crime against officers and staff are likely to be under-reported and under-investigated, therefore the Federation has been pushing for more accurate and consistent monitoring of hate crimes against members.

This was recognised in the National Police Chiefs' Council Officer and Staff Safety Review published last year which also included a recommendation that hate crimes should be treated as aggravated offences under the Assaults on Emergency Service Workers Act.

Mr Apter continued: “The Police Federation will continue to work towards consistency of monitoring and greater support for victims of hate crime across all forces and is committed to working with key stakeholders to ensure police officers are better supported by the service and the criminal justice system.

“It is imperative the police service is a working environment in which everyone feels valued and has equal opportunities. Hate is never acceptable, and we will continue to work every day to create a better, more inclusive and supportive police service.”