Forces should use new tax break to recruit military veterans 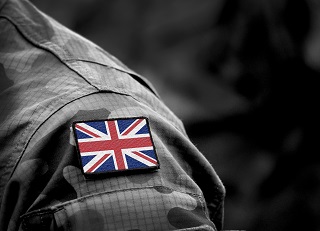 Police Forces should take full advantage of a new tax relief scheme to recruit many more officers with military backgrounds.

Companies and public sector organisations which employ Armed Forces veterans are now exempt from paying National Insurance contributions during the first 12 months of their employment.

This new tax relief came into force on 6 April and is available to every employer - regardless of when a veteran left the regular armed forces. The tax break can be utilised provided a veteran has not been employed in a civilian capacity for any period since they left military service.

National Chair of the Police Federation of England and Wales John Apter said: “This is good news and shows the Government recognises the value and contribution veterans can bring through their life experiences and strong transferable skills.

“As part of our current national recruitment campaign, Forces need to grab this opportunity with both hands and do all they can to recruit people with life experience, and this includes ex-military who can contribute so much to policing.

“The core motivation is to recruit the very best people in policing. We need police officers from all walks of life, different ages and different backgrounds to represent the communities they serve.”

In 2019 the Government pledged to recruit an additional 20,000 police officers in England and Wales by 31 March 2023, launching the Police Uplift Programme.

This came after police numbers across 43 forces fell from 143,734 in 2010 to 123,142 in 2017, which led to the Federation warning that urgent action to reverse this decline in numbers was required.

Mr Apter concluded: “The Government and Chief Constables must understand that for many people with who have already had a career in the military, and the added commitments which come with this, the starting salary through the Police Constable Degree Apprenticeship scheme is unfairly low and only just above the National Living Wage. This, along with this year’s grossly unfair pay freeze, puts barriers in the way of those military veterans who are considering a second career in policing”.

Statistics released by the Home Office today (April 29) show there were 137,704 officers as at 31 March 2021 - 8,771 had been recruited from funding for the Police Uplift programme.

This article first appeared in the Telegraph.