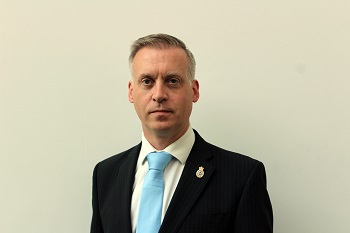 The Police Federation of England and Wales (PFEW) has grave concerns over the fairness of future misconduct hearings as chief constables have been told by the National Police Chiefs’ Council (NPCC) to make submissions to chairs of independent misconduct hearing panels.

In his keynote speech at the APCC & NPCC Partnership Summit 2021, NPCC Chair Martin Hewitt told delegates it has asked all chief constables to chair more accelerated hearings, “wherever the grounds are met, to swiftly determine the facts”, and to make submissions to Legally Qualified Chairs “wherever appropriate, so that sanctions always meet the gravity of an offence.”

Chiefs have also been advised by the NPCC to seek judicial reviews where dismissal is not the outcome, and it wants the College of Policing guidance amended. The Federation believes this is to influence dismissals and hamstring panels.

Reacting to the announcement, PFEW Conduct and Performance Lead Phill Matthews, commented: “We agree it is vital the service is as open and transparent about misconduct processes as possible, but what is being suggested risks undermining that which is deeply concerning. What is being proposed risks turning misconduct proceedings into kangaroo courts.

“Allowing chief constables to write to Legally Qualified Chairs of independent panels before they have heard evidence from all parties involved could unduly influence the outcome of a hearing and is akin to the Queen writing to crown court judges ahead of trials with her view of the outcome without hearing the evidence or trial.

“We already have a fair and transparent system in place with independent panels consisting of both officers and members of the public. We are under the impression chiefs want to hamstring and hinder this process so they can rig outcomes in order to suit their agenda.

“Permitting chiefs constables to chair more accelerated hearings, or make submissions, is far from open and transparent justice and could lead to a return to the dark days where officers were dismissed in the eyes of those present even before any evidence was considered.

“We are pleased to see the NPCC finally recognises the need to speed up disciplinary processes, which we have been pressing hard for this as part of our Time Limits campaign for the last two years, but chiefs have consistently refused to back this.

“Moving forward we will continue to work with forces and the Government to ensure disciplinary processes are fairer for not just officers, but also for members of the public, but this is not the way to do it.”