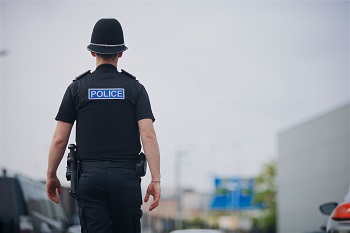 Latest figures from the Home Office which revealed its recruitment drive is on track have been cautiously welcomed by the Police Federation of England and Wales (PFEW) as it calls for a consistent long-term recruitment programme.

6,620 had been recruited from funding for the Police Uplift programme and contribute towards the target of 20,000 by March 2023.

The uplift figures follow today's launch of stark findings from our Demand, Capacity and Welfare Survey which revealed only 14% of officers believed there to be enough officers to manage all the demands being made on them as a team/unit.

Commenting on the findings, PFEW National Chair John Apter, said: “With demands on police officers increasing and the continuing challenge policing the pandemic, it’s good to see the number of new recruits increasing.

“There simply aren’t enough officers at this time and the pandemic has shown just how fragile the resilience of the police service is as more and more officers report sick or self-isolate.”

Since April 2020, four in 10 new recruits (40%) have been female; over the same time period 10.2% of new recruits (who stated their ethnicity) identified as belonging to the Black, Asian, Mixed, or Other ethnic group.

Mr Apter continued: “This is a promising start but let’s not forget this only gets us back to where we were a few years ago, so we need to ensure there is a consistent long-term recruitment programme and that everything possible is done not just to recruit, but also to retain those who join.

“We also need to see ensure that we don’t drive down the average age of recruits and continue to attract people with life experience. In addition, we need to use this recruitment drive to ensure a diverse police service, so that forces fully reflect the communities they serve,” he concluded.

121,016 applications to become a police officer have been received in England and Wales since October 2019.