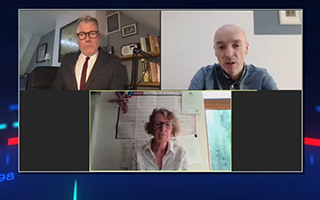 Officers are starting to be given better support after attending traumatic incidents following the launch of an intervention programme earlier this year.

Currently, there are disparities in the level of care provided to officers as different forces deliver varying standards of support.

Speaking at the virtual Roads Policing Conference, representatives from Oscar Kilo, known as the National Police Wellbeing Service, told members and delegates it is now helping raise standards of occupational health across forces.

Inspector Neil Collinson commented: “Our attendance at traumatic events is almost routine now and without appropriate support, long-term exposure can lead to negative effects on wellbeing. We want make sure the right support is in place for officers and recognise this is a real issue.”

By working with Public Health England, it launched the Emergency Services Trauma Intervention Programme (ESTIMP) in April this year which focuses on early intervention.

The four-tiered approach starts with demobilising, ensuring an officer has a conversation with a sergeant or a team leader to find out if any immediate support or early signposting is needed.

Three days post-incident a more structured conversation is held to find out how an officer is coping while noting any psychological or physical differences so they can be referred if needed.

Afterwards, occupational health can refer officers to the Emergency Services Trauma Intervention Programme Meeting to support officers either in a group or one to one setting.

Follow ups are made to officers two weeks after the meeting and they are referred for further help if they are still showing signs of trauma.

The service was first piloted in Thames Valley Police and was rolled out more widely after its success.

Oscar Kilo is also delivering a Phycological Risk Management Programme to coincide with this to help forces reduce the risk of psychological ill health within the workforce.

Liz Eades, Oscar Kilo Occupational Health Advisor, said: “We know policing is a demanding job. I don’t think you can be a police officer and not expect to have some psychological detriment, so we have to manage officers’ health and monitor that.”

She explained forces can sign up to their service to identify changes in the psychological wellbeing of officers and staff via a secure online questionnaire.  “We are confident the online system is best to reach as many people as possible,” she added.

The collected results are then analysed by a clinician, but thankfully a majority of officers and staff – around 85 per cent - do not need a further follow up, according to Ms Eades.

The programme has helped forces identify officers who are struggling with their mental health due to issues such as anxiety, depression, PTSD and burnout. In turn they can then improve the mental health support they offer to officers by benchmarking.

Through the assessments they have also been able to pinpoint higher-risk groups such as serious collision investigators.

“Last year 6672 online assessment were completed so we are able to continue building a stronger understanding of high-risk groups.”

Currently over half of forces are using, or partly using the service.