April edition of POLICE magazine is out now 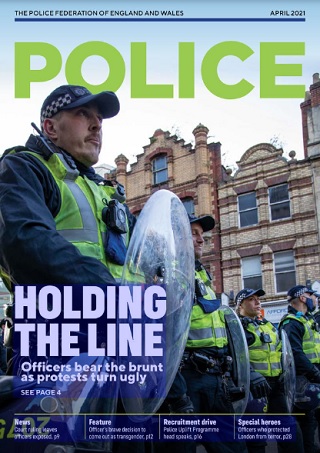 April’s edition of POLICE magazine is out now featuring the latest policing news and spotlights the hard work of members via stories directly from the frontline.

In this month’s edition:

POLICE magazine is the PFEW’s flagship publication for our 130,000 members and is published every other month.

Subscribe to POLICE magazine now to get all the latest news and updates straight to your inbox.

If you have any comments or suggestions, please email editor@polfed.org.