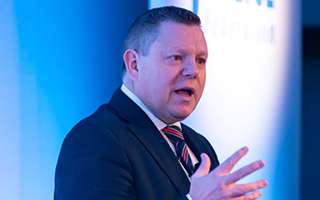 The National Chair of the Police Federation of England and Wales (PFEW) has welcomed the decision by Transport Secretary Grant Shapps to halt a £6 billion rollout of new 'smart' motorways after he warned they were: ‘inherently dangerous,’ ‘put lives at risk,’ and described them as ‘death-traps’.
John Apter responded to news that four stretches of motorway being converted on the M6, M20, M23 and M62 – which could see the hard shoulder being used as a regular lane – ‘will not be opening’ until an urgent safety review was completed.
Mr Apter said: “It is reassuring to know the Government has been listening to the Police Federation of England and Wales.
“There is overwhelming concern over the safety of these so called ‘smart’ motorways. I called for the roll-out of new smart motorways to be suspended until a safety review was complete, and I’m pleased that the government has acted.”
Announcing a ‘stocktake’ of the scheme ‘in a matter of weeks,’ Mr Shapps postponed the rollout of the new roads until Highways England have proved they are ‘as safe, if not safer’ than conventional motorways.
Mr Apter, an experienced roads policing officer, started a nationwide media discussion about road safety after appearing on BBC Panorama on Monday during which it was revealed 38 people have died on smart motorways in the past five years.
Before the Government climbdown, Mr Apter addressed the delegates at PFEW’s Roads Policing Conference in Kenilworth about the roads and reiterated the organisation’s long-held opposition to smart motorways.
Government minister Mr Shapps admitted the new-style motorways could be abandoned entirely after the safety review but has not confirmed whether those already in operation could be converted back to conventional motorways with a hard shoulder.