The Treasurer of the Police Federation of England and Wales has appeared today (Friday 16 October) on the leading BBC One programme Critical Incident to reveal how he became the victim of a serious assault. 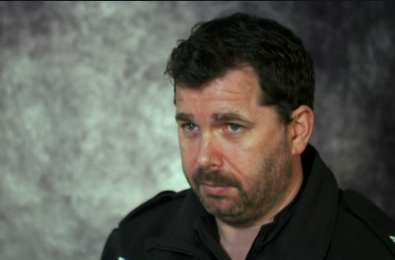 Colleague PC Charlotte Harvey and PFEW’s Simon Kempton stopped a man in Poole who was driving erratically, and he then became violent.

Speaking to the programme, Simon Kempton said: “It’s a real blur and I can remember certain bits – flashes. He brought his hands up under my coat and his thumbs found my eyeballs, and his fingers were straight behind my head so I couldn’t pull back.”

A desperate struggle followed, and the shocking incident was only broken up when colleagues with Taser arrived.

In 2018, Mr Kempton and PC Harvey were given a Bravery award for their courage and determination.

Also appearing on the show were PC Jed Clark of Kent Police, while PC Mark Patterson, Inspector Craig O’Brien and Sergeant Tim Pottle of Merseyside Police, described the heart-breaking loss of colleague, PC David Phillips, in the line of duty in 2017.

The programme ended with a touching tribute to the bravery of police officers, involving the two officers who had received awards - Simon Kempton and PC Charlotte Harvey. Mr. Kempton said: “Police officers will go running into a situation and put themselves right into the line of danger: and I think they need to know that society’s got their back.”

Watch all of this weeks’ episodes on BBC iPlayer here.