The Police Federation of England & Wales is launching a compensation claim against the Government on behalf of members who were victims of discrimination and suffered any ‘injury to feeling’ as a result of changes to members’ pensions caused by the introduction of a new scheme in 2015. 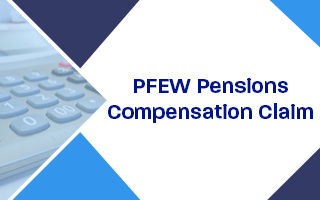 In 2018, the Court of Appeal ruled that the Government’s changes to pensions with regard to judges and firefighters were discriminatory on the grounds of age. PFEW’s Group Action claim follows unsuccessful discussions with Government about compensating police officers for pension losses suffered through the discriminatory 2015 pension changes.

The claim is to ensure members who have not already submitted a claim in respect of pension discrimination are also considered for any compensation the court considers appropriate for the distress caused by the discriminatory changes.

What is a Group Action?

Group Action Litigation is the term to describe what may be called Class Action or Collective Redress Actions in other jurisdictions. Group actions are a way for individuals with similar complaints to join together against an alleged wrongdoer.

Test cases are often selected from within the group, so the rest of the group members may benefit from decisions involving those cases.