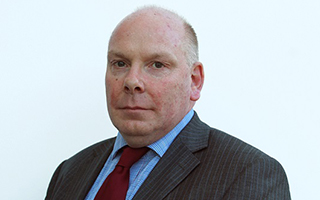 Alex Duncan, National Secretary of the Police Federation of England and Wales has issued the following update for members on the subject of pensions.

He said: "I am aware of recent unhelpful posts appearing on social media regarding the ongoing police pension challenge. These messages claim an Employment Tribunal had awarded a ‘final remedy’ to Leigh Day claimants and reinstated ‘Challengers’ back into their old pension schemes. It also stated our PFEW claim had been refused.

"The inference from this post was that those members who suffered discrimination but had not lodged a claim were not going to have the discrimination remedied. That is not the case. The judgment of the Tribunal is limited to the claimants, but those who did not lodge a claim will have the situation rectified - as stated by the Government.

"I’d like to take this opportunity to give you an update on our progress. For simplicity, I would summarise the current position as follows:

The cross public sector consultation on how to approach the implementation of the rectification has now closed, and submissions (including one from PFEW) are currently being considered by the Treasury.

The next stage will involve the publication of the Government’s approach to this rectification, following consideration of the consultation submissions. After this, work will commence by the Scheme Advisory Board to identify the best approach to implement rectification, and this will take into account specific scheme issues.

I want to reassure you PFEW will be fully involved in the consultations and I will continue to update you on future developments."