Case study: Trauma should not be accepted as part of the job 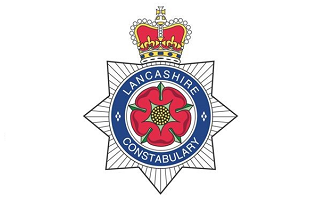 How do you even begin to process three fatalities in one week or worse? Policing is unique - helping people and saving lives is rewarding and makes a difference but it’s often tough beyond measure.

Dr Tony Parnell is Lancashire Constabulary’s psychological advisor and clinical lead for the psychological therapy team. He leads a core team of five and employs a pool of 22 external therapists – a model that is setting the bar when it comes to supporting officers’ mental health and wellbeing.

Tony and his team are working towards developing a ‘gold standard’ model that is established to offer more than the ‘mandatories’ – a system used by most forces which is a one-hour per year per person check-in. Whilst useful in terms of identifying when someone needs support, it was felt that these check-ins did not run deep enough for the team in Lancashire.

Considered a ‘bit hit and miss’, Tony and his team started a trial involving key high-risk groups, one of those being roads policing Family Liaison Officers (FLOs) and Senior Investigating Officers (SIOs).

Quarterly meetings were set up with groups who work on the same teams – diverse groups with different ways of working, different stresses and strains, different needs, but one constant being the regular exposure to trauma. The format of these meetings is input led followed by group discussions to cover topics such as trauma, stress, sleep, bereavement and other issues that officers identified and wanted to talk about. The meetings are facilitated by core psychological team members and are designed to create both an information input but more importantly an environment where those involved developed an open and supportive group that would become a resource outside of the meeting process.

This approach is proving to generate a culture of people talking to each other in groups – teammates who work together daily, resulting in deeper discussion on topics that may not be spoken of in normal circumstances.

So what welfare provisions are available if an officer or member of staff needs more help?

Depending on presentation, support is shaped to suit an individual’s needs and there are a broad range of therapists on hand to provide one-one therapeutic intervention, trained in NICE recommended trauma, post-traumatic stress disorder (PTSD) treatments, eye movement desensitisation and reprocessing (EMDR) and trauma-focused cognitive behavioural therapy (CBT) along with other approaches to suit the issues presented.

A major step forward in Lancashire is the shift from line management referral to a self-referral system. The force is fully behind catching people as early as possible before very specific symptoms become embedded.  Without early intervention, significantly impactful habits develop - people find their own ways to cope and this can be damaging. Which is why reducing the waiting time to be seen by a therapist was seen as a major target for the team at Lancashire. Instead of facing a wait of three-six months (common in the NHS), referrals to the psychological therapy service at Lancashire are consistently between two-three weeks from referral to being seen by a therapist. Within the service those seeking therapy can be seen remotely or face-face in a range of settings. The core team are based at HQ and all the external therapists work across the catchment area of our force. This enables staff and officers to be seen closer to home or workplace.

Tony and his team are supporting officers and staff in their working timeframe, with the support of line managers who rotate and manage shift pattern to suit sessions every three months.

The sessions for road traffic FLO’s and SOI’s take place in one of the police treatment centres, such as Langho (near Blackburn) – a two-hour group input and discussion session in the morning is then followed with downtime at the gym or pool or other options in the afternoon. This has been arranged by the road traffic (TacOps) senior management team having identified the significant stresses that their teams encounter.

Alternatively, group sessions can take place in situ at the work department – again a two-hour input quarterly. It is about what suits teams and individuals best – taking them away from what they normally do to talk openly with one another in a contained confidential way. Emphasis is placed on confidentiality and no information is recorded or discussed outside of the sessions.

Peer-to-peer support is the way forward for the Constabulary that currently has 80-90 trained peer supporters in place.  But the force aim is to have two percent of its workforce peer support trained which would go a long way in diffusing issues. Some people prefer not to go to a therapist but will more comfortably talk to a colleague. Issues can be greatly diffused with peer engagement and training helps colleagues to recognise the signs when people need help and may be distressed.

Tony spoke of the value of psychological debriefs after exposure to critical events that hold significant trauma, with the psychological core team conducting 60-70 psychological debriefs per year within the constabulary. These psychological debriefs always take place on location in the place of work/home station of the teams who responded to the event. The focus of the psychological debrief is to reflect on the trauma and the impact it has or may have on those who were involved. These sessions are focused and structured, with an emphasis on open discussion and designed to disarm the potential for the development of an embedded trauma response. Often there is something in an event that initiated a personal connection, such as the death of a child. The officer may, for example, have seen a toy that connected with his or her child, that may be a similar age and that has the potential to move the experience to a much more personal impact. This is a point where there is a potential for a transition which can move from it being a job, (that is containable), to something that is more personal and therefore more emotionally impactful.

These triggers can happen to anyone at any time and the connections you make subconsciously, whether that be to do with name, age or gender evokes a powerful response that can trigger an emotional response in those exposed. Jobs that had previously been emotionally containable can become more personally impactful, the debrief is used to help those involved help each other by widening the context and detail of the events that took place, thus helping each to have more information and a wider understanding of the events and enabling each to move on quicker reducing the potential for them to get stuck in a trauma response.

Trauma can result in sleep related issues, difficulty making decisions and much more. If there is no understanding or explanation of how or why people feel the way they do and if they or their colleagues don’t reach out and start a conversation, the effects can be devastating.

It doesn’t come naturally to many to ask for help, especially those whose instincts are to hold it together to deal with the unimaginable.

Tony and his team are presenting Lancashire’s model to those who might find it useful as a way of engaging with trauma related responses and wider resilience interventions. Tony is happy to discuss the model and wider ways of working with any force who would be interested to look at these issues and the wider psychological support of officers and staff.

PFEW supports Lancashire’s approach and encourages other forces to look at a similar model - with the training, skills and empathy to recognise when support is needed the people who protect us will be in a better place physically and mentally to deal with the ever-increasing demands they are facing.