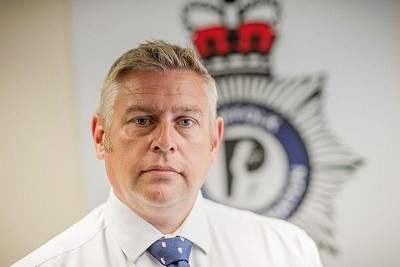 As the Police Federation of England and Wales (PFEW) focuses on roads policing this month and the high cost trauma can exact on mental health, we talked to the Chair of Suffolk Police Federation for an ‘on the ground’ view. Sergeant Darren Harris joined Suffolk Constabulary 22 years ago and has been a Fed rep since 2010. The growing issue of trauma and its’ impact on roads policing officers is a major priority.

“I believe the way our force has developed in the past ten years has resulted in a smaller group of officers who more regularly deal with traumatic and major incidents. When I joined in 1998/99 and worked in a rural community in Woodbridge, you would go to traumatic events - but they were few and far between. More of your time would be spent dealing with lower stake incidents, and this diluted the grisly stuff. Now, those minor jobs are risk assessed out to desktop-based investigations, or only get recorded and not investigated. This has resulted in some police officers dealing with more traumatic incidents on a regular basis. In the case of roads officers, they go from crash to crash to crash with no respite in between.

“In Suffolk, we have a joint traffic and firearms department. This creates a situation where one colleague had to inform the next of kin after a road accident fatality, then head to a firearms incident straight afterwards. Individuals never seem to get time to deal with trauma, and this can destroy great officers. I personally know of some with many years of service who are at breaking point due to the strain of mental health issues.

“One officer - who had been on roads for a very long time - became part of a serious collision investigation team. He attended a high-speed motorcycle collision where the rider of the bike suffered catastrophic, fatal injuries. Then he attended to another collision, where a vehicle had gone through a railing and the driver was thrown out. The officer witnessed a student officer doing chest compressions on the man and then the grim aftereffects of the collision on the victim.

“His personal breaking point came at a car crash where the vehicle had ended up in a bush. It was the same make as his daughter’s car, and the deceased driver shared physical similarities to her. He just couldn’t get the scene out of his head, and it led to him having to retire - though he still works in the force as a civilian.

“Incidents like this happen to road traffic officers every day and we don’t pick up on them quickly enough. We can’t keep waiting for trigger points and need to identify the rough patches sooner and change the culture so officers know they can express their feelings.

“The Welfare Support Program (WSP) offered by PFEW helps with this, as we can refer officers who need mental health support to the program and a dedicated WSP hotline is available to contact them and assess their needs. Suffolk Fed also offers additional practical help for members who get in touch with us directly.

“We should not, however, take the place of a force’s duty of care for their own officers. Our role is supplementary to this, and we often get in touch with officers who have been signed off for more than 21 days to offer support. But unfortunately, there are still people falling through the cracks.

“There needs to be more acknowledgement during training that roads officers are going to deal with a lot of trauma, and they need to be equipped for it. Trauma is a reality of the role, and we must build this in right from the word go. We also have a duty to recognise those who are suffering and to ensure they get the very best help and support.”