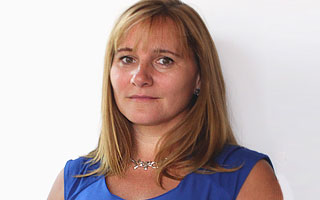 The number of rape charges and prosecutions have decreased, despite an increase in the amount of rapes reported, data released today shows.

The multi-agency Rape Monitoring Group (RMG) has published data covering every police force in England and Wales showing how cases of rape were dealt with at all stages of the criminal justice system in 2017/18.

Reacting to the figures Karen Stephens, Police Federation of England and Wales’ criminal justice lead, said: “These findings are concerning as despite more victims having the courage to report rape there are fewer offenders being charged and convicted.

“Our dedicated and hard-working detectives are doing the very best they can to help victims and guide them through the criminal justice process which can be hugely daunting especially for victims of sexual assault who can be some of the most vulnerable.

“But as worrying as these figures are, it is not surprising as detectives are expected to juggle over-whelming caseloads, care for their victims and comply with increasingly complex and challenging requests from the Crown Prosecution Service before they can secure a charge.

“Officers are struggling to deal with the sheer volume of digital evidence, and we have all seen the high-profile issues connected to the rules around disclosure of evidence.

“Rape is a horrific and deeply-traumatising crime. Victims need the confidence to come forward and report it in the first place; and that during the investigation everything that can be is being done to bring their attacker to justice

“Officers need the time and the resources to be better able to complete these often-complex investigations and build a case to secure a charge.

“In order for officers to do the very best they can to bring offenders to justice there must be significant centrally-funded investment in policing and in the wider judicial system.

“Without any further real investment, the number of people being charged with rape and other offences could reduce even further failing victims, and society as whole.”

At a national level the data showed:

The group released data taken from the Home Office, Office for National Statistics, Crown Prosecution Service and Ministry of Justice.