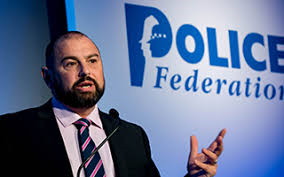 The findings of a new study showing that more than one in five police officers are currently suffering from Post-Traumatic Stress Disorder (PTSD) should be a wake-up call for the Home Office and senior police leaders.

Policing:  The Job and The Life is a survey of 17,000 police officers, from 47 forces in the United Kingdom, which was carried out by Cambridge University from October to December last year, with funding from Police Care UK.

Published today (9 May), it shows:

The figures echo our latest Demand, Capacity and Welfare Survey which also found evidence of widespread, repeated exposure to trauma within the police workforce. Two thirds of our members have experienced at least one traumatic incident in the previous year, and a similar number have been physically attacked on duty in the previous 12 months.

Police officer numbers have been cut by 22,000 since 2010, increasing the stress and pressure on those who remain. Unsurprisingly, 43.9% of officers view their job as very or extremely stressful.

Vice-Chair of the Police Federation of England and Wales, Ché Donald said: “We have said it repeatedly and now respected academics are saying it – police officers are at breaking point and something must be done right now. If officers are breaking, then how can we expect them to adequately serve and protect the public? We need significant, centrally-funded investment and we need it now. These figures must serve as a wake-up call to the government to act before it is too late. The government is letting down its servants of the crown.”

The Cambridge University survey found that police officers and staff score significantly lower on World Health Organisation (WHO) wellbeing indices than other sectors. The average sickness absence is 20 days over a year, with ‘health problems caused or made worse by work’ cited as most frequent reason for calling in sick.