Police use of firearms statistics 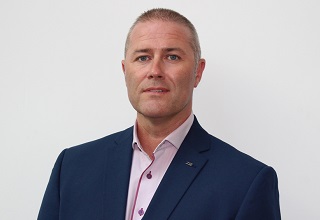 Incidents involving the use of firearms by the police has increased by seven percent in the last 12 months, but the overall figure is still low considering the population size and the rise in violent crime in the past few years.

There were 20,186 operations involving police and the use of firearms in the year ending March 2019 and 88% of those incidents involved an armed response vehicle. Despite this small increase in armed response incidents, firearms were discharged in 13 cases, five more than the previous year.

“Overall the number of incidents at which police officers discharge firearms remains low considering the overall population and this a testament to the high level of training they receive and the consistent professionalism of these carefully selected officers.  We must understand that police officers will only discharge their firearms when an incident poses a critical or immediate threat to life of the public or the officers themselves. Police officers, who are fully accountable, make split-second decisions based on knowledge, skills, training and reading of situations.

“There are currently 6,653 armed police officers operating in the country, an increase of just three percent over the year. We need to remain vigilant and support these officers knowing their training is of the highest standard in times of rising violent crime. They deserve recognition for their commitment and the relatively low incidences of armed responses in the country reflects this. There is still some way to go nationally in the firearms uplift as they can only recruit from an already diminished pool of officers and carrying a firearm isn’t for everyone.”

Wales, along with the West and East Midlands regions, recorded the highest increases in police firearm operations in the 12 months to March 2019, with a 37% increase in Wales and a 28% and 23% rise in the other two areas respectively. The largest fall nationally was in the North East (-29%) and the highest number of police firearms operations occurred in the London area (23%) although the capital did see an eight percent fall in firearm operations over the previous year.

We have seen a 63% increase in the number of Counter Terrorism Specialist Firearm Officers (CTSFO) who receive additional specialist training and this has given the police a stronger ability to respond to incidents requiring a CTSFO response.

Steve Hartshorn sees these latest figures as very encouraging and a credit to all firearms officers across the country.