Police driver training to be recognised in law 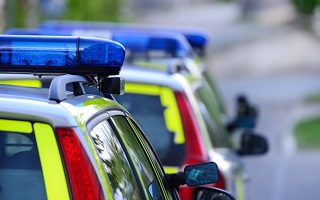 Government will today commit their intention to correct a gross unfairness in the law which leaves police drivers vulnerable to prosecution for simply doing what they have been trained to do. The Police Federation of England and Wales (PFEW) expects the announcement to be issued as a Written Ministerial Statement.

The announcement of long-overdue legislative change is welcome news and follows extensive campaigning by the PFEW over the last seven years.

Police officers are trained to drive in a way that enables them to respond to emergencies but the law to date has been leaving officers open to prosecution whenever they have been required to drive outside of the ‘careful and competent driver’ common legal standard.

National chair of PFEW, John Apter, said: “It is good that Her Majesty’s Government has agreed to this much needed change in legislation to reflect police driver training.
“This is a positive step and something we have long been campaigning for. Sadly, it comes too late for many police officers who have been investigated and had their lives turned upside-down, facing lengthy court proceedings for simply doing the job they have been trained to do.

“It is important that when police officers are required to use their training to protect society, they can do so with the confidence that the law is on their side. This is a major breakthrough for the Police Federation and credit must go to our Pursuits Lead, Tim Rogers, who has worked tirelessly on this much needed change.

"What now needs to happen is meaningful action – we need the Government to be bold, prioritise this issue, find the Parliamentary time to do so, and fulfil its promise to police officers and the public."